The Dangers of Sucralose/Splenda Revealed Again by New Extensive Review 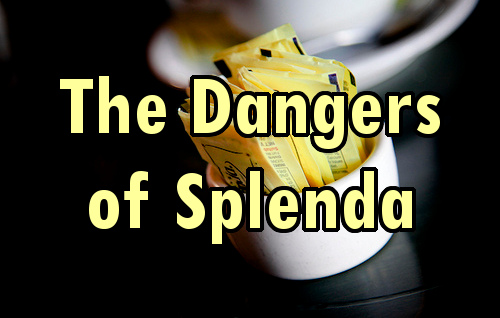 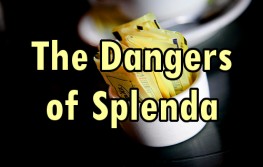 Due to the many dangers of consuming too much sugar, such as increased cancer risk, obesity, and diabetes, many people have been turning to alternatives sweeteners like Splenda. But is Splenda safe? Numerous research pieces show that if you reach for Splenda or another form of sucralose instead, you may not be much better off. One new extensive review of the sweetener should be required reading for anyone who thinks artificial sweeteners are any better than the real thing, as it showcases numerous toxic health effects of the highly popular sucralose.

Published in the Journal of Toxicology and Environmental Health, the study offers an overview of sucralose health risks. From altering the microbial makeup of your digestive system to generating toxic compounds within your body, sucralose is far from harmless.

Among the risks pointed out in the latest review, sucralose has significant negative effects on the human body, many of them which haven’t been investigated to know the full extent of their harm. The researchers indicate:

Read: Splenda’s Many Secrets: Gut Flora Destruction, Other Side Effects

The researchers warn that many toxicological issues regarding sucralose and long-term exposure are “unresolved”. In other words, despite knowing all of the risks we do, there are likely many more we don’t know about. If a scientist created a product in their lab and said to you, “here, taste it,” would you? Because it seems that’s exactly what’s happening with sucralose—we are being fed a lab-created invention without fully understanding how it might affect us.

“Although early studies asserted that sucralose passes through the GIT unchanged, subsequent analysis suggested that some of the ingested sweetener is metabolized in the GIT, as indicated by multiple peaks found in thin-layer radiochromatographic profiles of methanolic fecal extracts after oral sucralose administration. The identity and safety profile of these putative sucralose metabolites are not known at this time.

Sucralose and one of its hydrolysis products were found to be mutagenic at elevated concentrations in several testing methods. Cooking with sucralose at high temperatures was reported to generate chloropropanols, a potentially toxic class of compounds. Both human and rodent studies demonstrated that sucralose may alter glucose, insulin, and glucagon-like peptide 1 (GLP-1) levels. Taken together, these findings indicate that sucralose is not a biologically inert compound.”

But of course this isn’t the first red flag about the safety of sucralose and its brand name Splenda; the Center for Science in the Public Interest downgraded its designation of the sweetener earlier this year from “safe” to “caution” following the indications from Italian researchers that it could be implicated in causing leukemia in mice.  The organization said it couldn’t be confident that the compound was safe for use in food. This is frightening, considering millions of people around the world consume it on a regular basis.