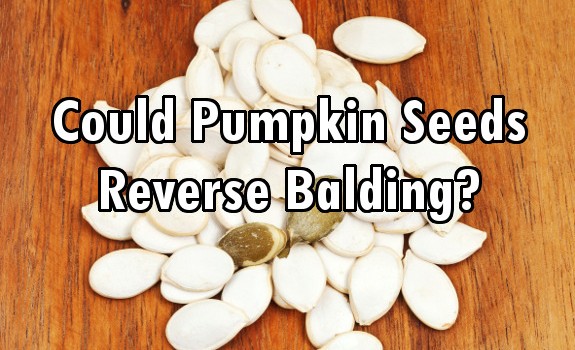 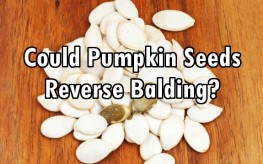 Hereditary hair loss is a condition that affects some 50 million men and 30 million women, according to the American Academy of Dermatology. While bald jokes are common, the frustration and embarrassment of losing your hair is very real.

A huge industry has been created around this relatively common problem, offering shampoos, sprays, supplements, and other solutions, up to and including surgery. Emerging research out of Korea suggests a solution may not be pricey or require you to undergo anesthesia. Instead, it may be found in a simple food.

According to GreenMedInfo, researchers with Pusan National University in the Republic of Korea have confirmed that pumpkin seed oil is able to increase hair growth among balding men.

A group of 76 men with male pattern hair loss were divided into two grous—half receiving a placebo and the other receiving 400 mg of pumpkin seed oil per day in capsule form. The oil was spaced out through the day, with participants receiving two capsules before breakfast and two before dinner.

After three months and again after six months, the participants were assessed and assigned a score from -3 for “greatly decreased” to +3 for “greatly increased”. Their scalps were also photographed using something known as phototrichography, allowing for the hair loss region to be precisely measured.

In analyzing the photographs, the researchers found 44 percent of the group taking pumpkin seed oil had slightly or moderately improved hair growth. Just over half (51%) were unchanged. Only one patient had slightly more baldness at the end of the six month period.

By contrast, in the placebo group, 28 percent had increased baldness, 64 percent were unchanged, and 7.7 percent had slightly or moderately improved hair growth.

The pumpkin seed oil resulted in virtually no side effects, with only one participant complaining of a mild stomachache. On the other hand, conventional treatments are often so unpleasant, people stop taking them and resign themselves to their baldness.

Oral finasteride, commonly prescribed for baldness, can result in erectile dysfunction and gynecomastic (the development of male breasts). Minoxidil, a topical treatment, can leave the scalp itchy and scaly.

This isn’t the first study to link pumpkin seed oil to improved hair growth. Previous research has suggested the oil inhibits an enzyme known as 5-alpha reductase, known to slow or stop hair growth by interfering with hormones.