Psychiatric “MD’s” Dispense Dangerous Drugs with Impunity, All for Profit 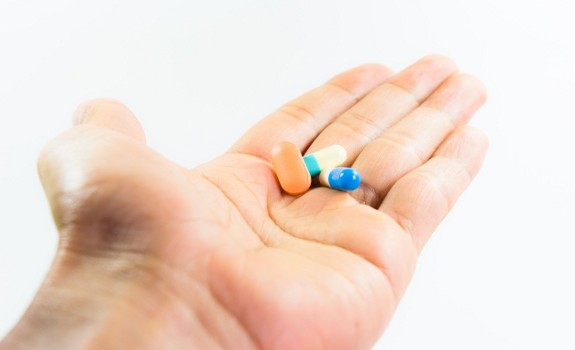 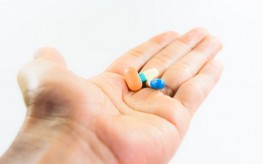 In a world where creativity is deemed a “mental illness” by scientists, is it any wonder that a large portion of the population is on medications for some type of ‘mental illness’? The old fashioned psychiatrist’s writing pad for taking notes during talk therapy has been replaced by the prescription pad, granting the population with dangerous psychotropic drugs instead of simple talk therapy.

Have you ever been in a situation involving a psychiatrist and a prescription pad? Oftentimes, all it takes is a single short-term visit and a reference to the DSM-5 (Diagnostic and Statistical Manual of Mental Disorders) to determine what to prescribe to individuals. Any future visits are only to adjust dosages or add other medications.

This has increased the profits of Big Pharma, attracting patients looking for magic fixes for minor problems that can be overcome with some common sense, or simply proper nutrition.

Even major psychological issues can be resolved with a competent psychologist who’s ethical enough to not pamper one for the sake of a long client revenue relationship. Psychologists also used the DSM until 1980 when DSM-3 was published.

That’s when the psychiatric leadership asserted the theme of being labeled M.D.’s, ready to play doctor and write lots of prescriptions. The DSM-3 became a catalog for determining what drugs to prescribe for symptoms observed or communicated.

Now psychiatry is “legitimized” as a medical science with a biological base. But is it really? There is more mental illness now than ever, much of it exacerbated or even caused by prescribed medications, while another portion is just completely fabricated.

The growing reluctance of insurance companies to cover extended talk therapy and their willingness to pay for pills was one motivation for psychiatry’s transition. Big Pharma’s desire to expand its own product using invented and unproven mental disorder classifications was another.

Some sources claim the American Psychiatric Association (APA), the National Institute for Mental Health (NIMH), and the National Alliance for the Mentally Ill (NAMI) colluded with Big Pharma to convince the world that all mental illness was  due to brain chemistry imbalances. But this chemical imbalance is a myth.

So pharmaceutical drugs became the “solution,” and Big Pharma added over $20 billion annual gross revenue from psychotropic sales. Since psychologists do not have MD licensing like psychiatrist do, they were cut out of the easy action supported by magazine, radio, and TV ads showing happy people taking pills.

Now even primary care physicians or any other MD with a DSM-5 handy can dispense psychotropic drugs now. And they do. Often at a patient’s urging to eliminate an emotional feeling he or she can’t handle.

“But the TV said Risperdal would do the trick,” asserts the patient. “Hmmm,” goes the doc. “Yeah, let’s see, Risperdal might work. Here’s your prescription.”

Prozac, Paxil, Ritalin, Haldol, Risperdal and many others have serious side effects. Any sense of relief is short term or placebo induced. This has also led to more prescription drug dependency and abuse.

The bogus diagnosis process leads to putting many adults, teenagers, and younger children on drugs with dangerous physiological side effects: Heart attacks, diabetes, and sudden death are among the physical side effects.

Mental side effects include insomnia, anxiety, suicidal thinking and outright violent behavior, which include suicide and homicide. As long as they go by the DSM, which is not scientifically based, they are under the “standard of care” umbrella, which protects them from any liability regardless of consequences.

Now all it takes is a school official’s recommendation to put a restless kid on Ritalin, a stimulant similar to cocaine.

“The story that people with mental disorders have known chemical imbalances, that’s a lie. We don’t know that at all. It’s just something that they say to help sell the drugs and help sell the biological model of mental disorders. There’s a built-in economic incentive to define mental illness in as broad terms as possible, and to find ordinary, distressing emotions or behaviors that some people may not like and label them as mental illness.”

In order to get psychotropic drugs into the market place of TV/radio advertising, medical journals and doctors offices, psychiatric drugs were given scant testing. And the results were usually twisted to give a false representation of efficacy and safety.

The increased rate of suicide and murder among traumatized combat veterans is linked to using psychiatric drugs. Psychiatric drug histories among spree killers are common, including the Batman shooter James Holmes. Now drugging restless school kids too sugared up or bored has become an epidemic.

The Pharma/Psychiatry complex claims it treats mental disorders by balancing brain chemistry. Yet they have no physical brain chemical tests for determining the chemicals out of balance for prescribing these drugs.

This is another huge scam by Big Pharma and the posers who call themselves mental health practitioners.

5 responses to “Psychiatric “MD’s” Dispense Dangerous Drugs with Impunity, All for Profit”