Processed Food Manager: ‘Our Biggest Fear is the Health Activists’ 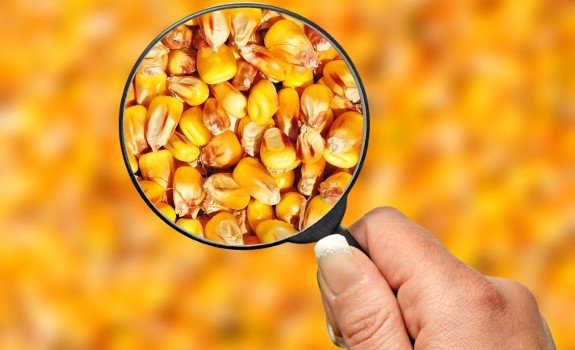 What keeps processed food producers up at night? Dreaded health activists like you and me, with our pesky knack for exposing the GMO-containing processed junk that mega corporations have pushed on the public. It may come as no surprise to you, but in an open interview of sorts on the massive community website Reddit, one anonymous processed food manufacturing manager explained how the biggest fear of the industry is health activists.

In a response to a question posed by a user regarding new regulations on processed foods, the anonymous manager explained how an increasing effort by consumers to know what’s in their food is the #1 fear of the industry. While the question has to do with calorie contents on the packaging, which is drastically less significant than labeling items like GMO labeling (or imagine labeling products that contain HFCS), it touches on the subject at large. If the mere act of labeling calories and some other minor factors troubles the processed food industry, imagine what GMO labeling means for their CEOs.

You can see for yourself the question and response below. The user asks:

“What’s the inside buzz about posting calorie contents on the outside of packages? From what I understand, the industry decided to do this to avoid regulation–have consumers responded positively? Are companies afraid of a coming health conscious effort?”

To which the processed food factory manager responds:

“Yes, our biggest fear is the health activists, but then we also need to change our paradigms and adapt. We now have one line dedicated to protein bars and two others dedicated to fruit and nut based bars.”

In other words, individuals who are reading ingredients and spreading the word about problematic substances typically found inside many junk food products are shaping the very marketplace when it comes to food distribution. Voting with your dollar has always been highly effective, and corporations are forced to respond or simply lose revenue streams. It is for this reason we have seen companies over the past few years begin dropping high-fructose corn syrup and advertising the change on their labels.

We’ve been hitting the processed food industry hard for years, exposing everything from the ignored presence of mercury in much of the high-fructose corn syrup supply (which is also almost entirely if not completely genetically modified) to the affects on mental health.

It’s been this constant push for quality food met with serious activism and sharing by readers of alternative news that has made the difference. This push needs to continue of course, but it’s also now important to be sure that we don’t settle for counterfeit ‘health’ products on the shelves of our local grocery and health food stores.

Always remember to read the ingredients list and look for the organic content % on the items that you do buy. It is also especially important to watch out for ‘natural’ labels that may mislead you. Natural does not mean organic. In fact, it means virtually nothing. ‘Natural’ products can even still contain GMOs.

Our actions are shaping what millions of individuals put into their mouths on a daily basis, and stopping the onset of an unknown number of diseases and conditions throughout the lifetime of these individuals. The admittance from a processed food manufacturer head that we are a real thorn in their side that invokes a real feeling of effective change. After all, the last thing we want is to be on the side of mega corporations that have zero regard for public health and safety.

17 responses to “Processed Food Manager: ‘Our Biggest Fear is the Health Activists’”