Prescriptions Drugs Now the Leading Cause Of Death By Overdose

The shocking truth conveyed by this article’s headline is that “nearly 52 percent of the deaths were related to prescription drugs.” The unfortunate circumstance around so many prescription drug overdoses is that most victims never even knew they OD’d.

There is now a pervasive pharmaceutical drug culture across America. If you were to look inside the medicine cabinet of many homes you would find a panoply of prescription bottles of every size. Some full, some half full; others empty and awaiting a refill. This predicament is becoming all too common for those who place so much faith on their daily drug ritual.

Regrettably for many of these folks, they rarely ever stop to take notice of the many side effects that each drug is capable of causing. The list of adverse side effects, which is provided by law, can often be worse than the original ailment. This is what many med addicts fail to understand.

Across the country, 44,000 people died from drug overdoses in 2013, more than double the number in 1999, the study by the non-profit group, Trust for America’s Health found. Nearly 52 percent of the deaths were related to prescription drugs. The number of overdose deaths increased in 26 states in the four years to 2013, the study found, and decreased in only six states. [1]

For those who have not done the math, 52% equals 22,880 who actually died from prescription drug overdoses. That only counts the number of people who were sufficiently autopsied so that the actual cause of death was scientifically determined. This tally of 22,880 does not include the thousands of other takers of pharmaceutical medications who also died from overdoses but were not categorized as such. Surely there are untold accidental deaths from what essentially amounts to drug poisoning.

The Elderly Are the Most Vulnerable

The older folks of our society are particularly vulnerable to prescription drug poisoning. Also, those who live alone can be more susceptible than those who live with their children or friends. When so many elderly suffer from early onset dementia or full-blown Alzheimer’s disease, it’s easy to see how taking too much medication can occur. Their failing memory only worsens this predicament because they can mistakenly take too many doses of what are sometimes very powerful medication.

Then there are the informed elderly in nursing homes and hospitals, memory care units and assisted living. Most of these folks have their pharmaceutical regimens administered by physicians and nursing staff. Each day sees the same systematic execution of their treatment plan.

It is usually maintained over years and only sees a change when the patient registers a complaint. Many of the inpatients have chronic disease and/or acute illness which require some pretty strong meds.

Though rarely stated or acknowledged in medical circles, a great majority of bedridden older folks are actually medicated to death. Even though their death certificate may read heart attack, stroke or cancer, it is often the relentless daily regime of drug medications that overwhelmed their vital organs and organ systems. Dangerous drug interactions greatly contribute to this ever-worsening state of affairs.

Just how serious is this overdose problem?

“The U.S. Centers for Disease Control and Prevention has declared prescription drug abuse an epidemic in the United States, and all states except Missouri now have drug-monitoring programs.”

When the CDC declares an epidemic, you know there’s a problem. However, with the advent of Obamacare, things are still moving in the wrong direction. Because so many more people from the lower socio-economic class now have medical insurance (that’s a good thing), a lot more are taking prescription drugs.

Sometimes they don’t have the experience or understanding about how to deal with these new regimens of drug-taking. In many cases they blindly follow the doctor’s advice when they ought to be listening to their own body.

There are two other contributing dynamics to the uptick in overdoses: (i) the more meds the better and (ii) the meds are free so let’s take advantage of it. Americans have long suffered from the serious misunderstanding that the more medicine the better.

In truth, it is usually just the opposite — the more the worse, especially because the adverse effects are often imperceptible. Nonetheless, people always seem to err on the side of taking more meds than they ought to, as well as over too long a period of time.

As for the practically ‘free meds’ provided under health insurance, many folks literally take advantage of this false notion by getting as many prescriptions as they can get away with. Sometimes it’s done just in case there’s a rainy day; others do it simply because the prescriptions are practically free under their insurance plan. 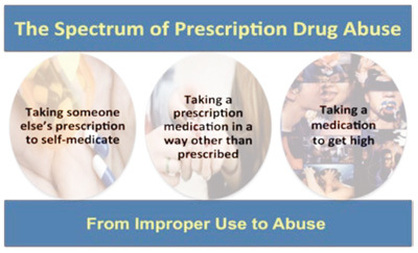 Some prescription pain relievers are well known opioids that are highly addictive. There are several classes of drugs which are also predictably addictive. Prolonged use of some of these powerful medications can turn fatal as the statistics clearly indicate. Overdoses often occur in the interest of seeking more pain relief since years of use have diminished the drug’s efficacy. Hence, too many higher doses are taken too frequently leading to a serious medical event.

There is also the very real problem of prescription drug abuse and misuse. As an alternative to recreational drugs, various demographics now routinely use prescription drugs as a means of getting ‘high’, as well as a means of escape. In this way they feel they can abuse drugs in a socially acceptable way, as opposed to getting caught with an illegal controlled substance.

This type of drug abuse is surprisingly common among professionals who work under much stress. Professionals in the healthcare field are especially drawn to this type of drug misuse because of the availability of every drug “out there”. Doctors, dentists, psychiatrists and other medical practitioners are well known for their tendency to self-medicate, particularly in ways that cause them harm.