Here is what you need to know

For anyone who has suffered from Lyme disease, such as NaturalSociety’s Anthony Gucciardi (who overcame it), they know just how painful and intractable it can be. Not only has it been difficult to convince the medical establishment to diagnose it, but Lyme disease can be extremely challenging to successfully treat. But it seems there is another tick-borne virus that is catching the CDC’s attention – Powassan virus.

Powassan virus has been described by the medical authorities as a virus “that produces symptoms similar to Lyme disease, but more severe, and there’s no cure.” The following excerpt clearly explains why Powassan is considered to be a significantly more serious infection than Lyme disease.

“The disease can lead to encephalitis and meningitis, and give you permanent neurological issues afterward. And it can act much more quickly than Lyme disease, giving you symptoms within hours of being bitten by a tick, according to Fox News. About 10% of cases that lead to encephalitis are fatal.”

Just like Lyme disease, Powassan virus is emerging in the same geographic areas throughout the Northeast and Midwest. It also shows up in the same wooded and bushy areas as well as fields where Lyme-bearing ticks have been found. Therefore, campers and people working outdoors need to take special precautions, especially if they are prone to tick bites. 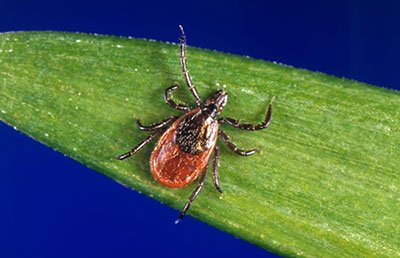 Whether Powassan virus ultimately reveals itself to be a full-blown multi-infection syndrome similar to Lyme disease remains to be seen. However, the most common presenting symptoms seem to suggest that it very well may be. Therefore, any individual who contracts Powassan would be well advised to address it similarly until they can acquire an accurate diagnosis.

Because of the unusually acute phase of the Powassan disease process, it is advisable to treat the symptoms immediately. In so doing the likelihood of developing into a situation where hospitalization is required can be substantially reduced.

Given the speed at which the Powassan virus (POWV) can manifest life-threatening illnesses, it is very important that any symptoms which mimic Lyme disease be taken very seriously. If symptoms intensify quickly and/or veer away from the typical Lyme disease profile, it is strongly recommended that a high integrity lab test be conducted to identify the presence of Powassan encephalitis.

“Currently the best ways to treat POWV illnesses include: medications to reduce brain swelling, respiratory support and intravenous fluids. 10% of the POWV encephalitis cases are fatal and half of the survivors have permanent symptoms that affect their brain.”[1]

In view of how quickly the Powassan virus can bring on a full-blown disease process, the faster the symptoms are recognized and treated, the greater the chance of a full recovery. The combination of symptoms delineated below ought to be sufficient warning to anyone who is frequently out in nature. The POWV infection clearly provides all the signs which demand quick and decisive measures.

“Signs and symptoms of infection can include fever, headache, vomiting, weakness, confusion, seizures, and memory loss. Long-term neurologic problems may occur. There is no specific treatment, but people with severe POW virus illnesses often need to be hospitalized to receive respiratory support, intravenous fluids, or medications to reduce swelling in the brain.”[2]

The biggest challenge in addressing the Powassan infection will undoubtedly be distinguishing it from Lyme disease. The similarity of their etiology and symptomatology is extraordinary by any standard. Therefore, it would be preferable to err on the side of caution. In other words, if the preceding symptoms manifest and continue to exacerbate — rapidly — then that may be the critical sign that a Powassan virus is present.

The ongoing degradation of the environment has created many conducive circumstances for pathogenic microorganisms and viruses to proliferate. As a consequence, new diseases and illnesses are manifesting at an alarming rate. Therefore, the very best defense to the new normal of modern-day epidemics and plagues is a strong and responsive immune system.

Truly, an ounce of prevention is worth a pound of cure, especially given the proliferation of so many infectious agents and pathogens in both manmade and natural environments. Where it concerns the presence of POWV, the best approach is to do everything possible to avoid tick bites. Knowing the lay of the land whenever one ventures out is also helpful in understanding where deer and other animals congregate.

The CDC wisely recommends performing a tick audit after spending time out in nature. Should a tick latch on to the skin, it can always be safely removed before it bites or infects. The area can then be properly cleaned and disinfected. Just a few preventive measures can save a person from a lifetime of unnecessary pain and suffering.