New ‘Surgery in a Pill’ Might Reverse Type 2 Diabetes

But this simple solution poses some risks

Scientists have developed a pill that has proven to be effective at reversing Type 2 diabetes in rats. If it works the same way in humans, it could prevent thousands of people from going under the knife for gastric bypass surgery.

Easy peasy, right? Not so fast.

Then again, if you’re considering gastric bypass surgery, the risks aren’t really that different, and there’s no recovery time from surgery.

Gastric bypass involves shrinking the size of the stomach by blocking off a large portion of the organ. The stomach can no longer hold large amounts of food, so patients are basically forced to eat less. And since the food they do eat no longer travels through the entire small intestine, the body absorbs fewer nutrients, resulting in weight-loss. The resulting weight-loss leads to lower blood glucose (sugar) levels and reverses Type 2 diabetes.

In one study, gastric bypass surgery successfully reversed Type 2 diabetes in 84% of participants.

Radical, low-calorie diets have also been shown to reverse Type 2 Diabetes for similar reasons, which is why individuals often experiment with the Ketogenic diet.

‘Surgery in a Pill’ 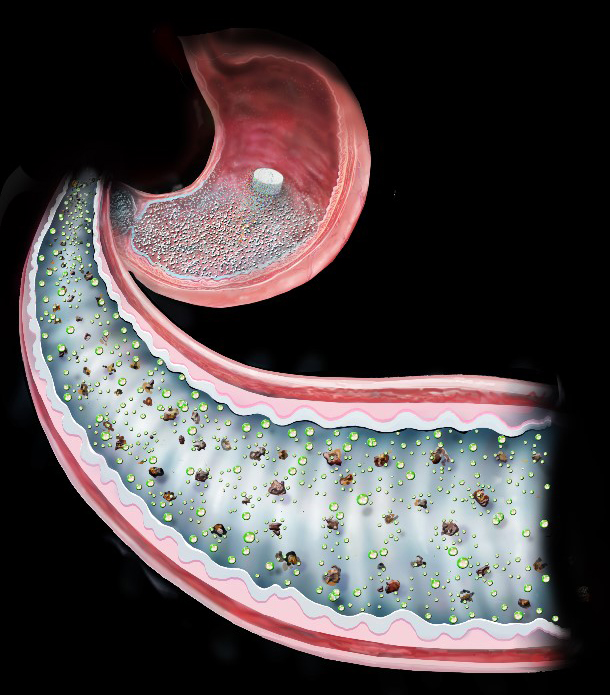 Now, here’s how the pill works. Researchers used an FDA-approved drug called sucralfate to engineer a compound they call LuCI (Luminal Coating of the Intestine). Once ingested, LuCI temporarily coats the inner lining of the intestine, making it unable to absorb the same amount of nutrients. In one study, the compound lowered rats’ post-meal blood glucose levels by 47% just an hour after it was administered to the animals.

“What we’ve developed here is essentially ‘surgery in a pill.’ We’ve used a bioengineering approach to formulate a pill that has good adhesion properties that can attach nicely to the gut in a preclinical model. And after a couple of hours, its effects dissipate.”

You won’t be able to get a prescription for the pill anytime soon, however. The researchers plan to test LuCI in diabetic and obese rats next. But someday it could erase the need for invasive gastric bypass surgery.

“We envision a pill that a patient can take before a meal that transiently coats the gut to replicate the effects of surgery. Over the last several years, we’ve been working with our surgical colleagues on this idea and have developed a material that meets an important clinical need.” [2]

There’s nothing “natural” about weight-loss surgery or pharmaceuticals, and both come with significant risks. If you’re looking for safe ways to treat and possibly reverse your diabetes without going under the knife or swallowing a pill, studies have found that a number of natural substances exist that could help you do just that. 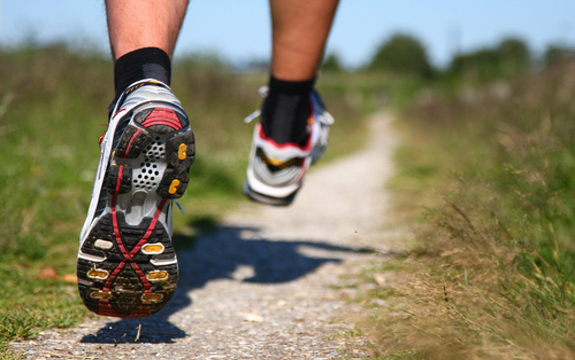 In one small study, royal jelly – a secretion from honey bees used to nurture larvae and adult queen bees – was found to have a “remarkable” effect on blood sugar.

For those of you who use Stevia as a natural sugar substitute, you might be interested to know that the sweetener reduced blood glucose levels in rats without causing hypoglycemia, which is when blood sugar falls below normal levels – sometimes dangerously low levels.

Then there’s cinnamon. Probably just about everyone with Type 2 diabetes has heard that cinnamon can help treat the disease, and it’s true. In one study, a 12-week, daily regimen of 2 grams of cinnamon lowered fasting blood glucose levels in participants and reduced body fat.

Combine these natural treatments with a healthful diet and active lifestyle, and just about anyone has a chance at reversing type 2 diabetes.