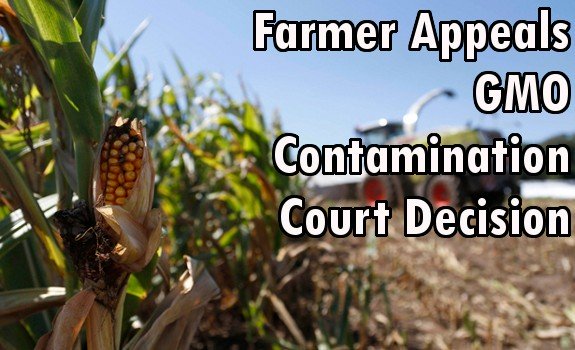 If you haven’t heard of Steve Marsh yet, he is an organic farmer in Australia who sued a neighboring farmer for compensation after his field of non-GMO wheat was contaminated by Michael Baxter’s RoundUp Ready canola seeds. He took his case to the Supreme Court of Western Australia and lost, but he is now appealing the ruling with support of several non-GMO groups.

Marsh’s appeal will be heard in the next six to twelve months by three judges who will decide whether he should be compensated for losing his ‘organic’ certification from Australia after his crops were contaminated. Monsanto, of course, has made it clear that it won’t take any responsibility for transgenic contamination. In fact, they’ve been suing farmers for saving seed, a time-honored tradition, due to the convoluted patent laws that have been passed as of late.

“It is too early for either the pro GM or non GM or organic industry to draw any conclusions from the case now that it will be appealed. The Safe Food Foundation has been disappointed at much of the media coverage extensively quoting pro GM groups celebrating Steve’s loss.

Let us remember that Steve could lose his farm fighting for his right to farm without the threat of GM crops blowing onto his farm every time his neighbour chooses to plant next door to him,” said Scott Kinnear, who represents the Safe Food Foundation (SFF).

“We reject any suggestion that the economic loss suffered by Steve Marsh could have been sorted out as suggested over the back fence or over a cup of tea or a beer. This case should never have been brought if State and Commonwealth governments had implemented legislation as requested by the organic industry when the Gene Technology Act was introduced.”

SFF points out that farmer protection legislation is the only appropriate way to protect organic farmers from transgenic pollination, otherwise they are susceptible to crop lost and great monetary loss, all due to no fault of their own. SFF also believes that strict rules must be implemented to stop GM crop contamination, and that the biotech industry itself needs to pay for the damages suffered by organic farmers.

“The evidence at trial showed that Michael Baxter could have planted further back and restrained from swathing which would have prevented the contamination of Steve’s farm. The Safe Food Foundation hopes that GM farmers across Australia act with caution right now and take care to avoid contaminating their non GM and organic neighbours. This is the right thing to do and in keeping with co-existence of different farm systems.”

Monsanto was given free reign to plant GM crops in the US when the Supreme Court threw out a lawsuit with over 80 plaintiffs against Monsanto who had suffered cross-pollination from GM crops. In return, Monsanto filed over 140 counter-suits, and settled over 700 similar cases out of court.  The problem of cross-pollination is a serious one which is a primary reason GMO crops and organic crops can’t coexist. Farmers around the globe need to show support for Steve Marsh, or their organic crops could be next.