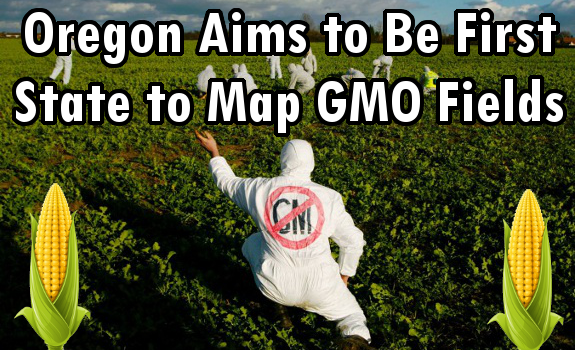 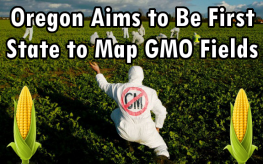 After reading this article, you just may be willing to move to Oregon – the state that just keeps getting better and better. Residents in southern Oregon already voted compellingly to ban genetically modified crops just last month, and now the state plans to map out all GMO fields within its borders to help mitigate the damage of cross-pollination.

Farmers had already tried negotiating with Syngenta, a biotech giant who grows GMO sugar beets in the state for months to try to set up a system for online mapping of GMO fields, so that GMO and non-GMO could peacefully coexist, but since the company wouldn’t cooperate, Oregonians near Portland (Jackson County) decided to ban them altogether.

While the aim was to minimize cross-pollination in a few areas then, there has been new developments. Since last October, Oregon Gov. John Kitzhaber directed the state’s Department of Agriculture to undertake something far more ambitious. They are now tasked with mapping the entire state for GMO fields so that buffer zones can be established for GE crops – hopefully until they are banned in the state and country completely.

Several occasions where genetically modified crops contaminated organic crops was partly the cause for Kitzhaber’s taking biotech to task. Genetic contamination can render crops meant to be sold as ‘organic’ as unsellable, especially on the export market, causing financial devastation to farmers who are trying to grow food sustainably. Not to mention the fact that the integrity of our organic crops is compromised, lending more of a hand to biotech rather than mother nature.

If the mapping plan works, Oregon will be the first state to successfully map fields, putting preventative measures into place to protect organic crops. While the method isn’t fool-proof, since you can’t create a buffer for wind or the flight of insects which pollinate crops, the buffer zones would minimize GE damage to non-GE crops.

Meanwhile, the U.S. Department of Agriculture committee has suggested that farmers just work it out amongst themselves with friendly agreements, and an insurance system which pays for damages to non-GMO farmers resulting from GMO contamination; however, Monsanto has yet to be held liable for damaging crops, and has ensured it can’t be with its paid friends in our USDA, FDA, and other government positions.

It is time for other states to initiate moves such as Oregon’s. Just like the increasing development of marijuana, it seems that we can only rely on our communities and states to get any job done. GMO biotech must be stopped, even if done by playing against the ‘divide and conquer’ strategy set up for the states.

7 responses to “Awesome: Oregon Aims to Be First State to Map GMO Fields”