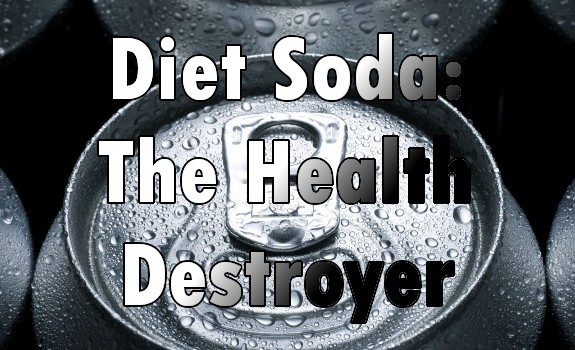 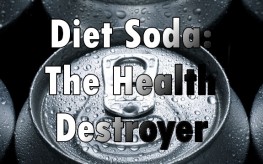 It’s hardly surprising to learn that diet soda is dangerous or that it “may do more harm than good. We’ve been reporting on the dangers of diet soda here for a long while now. Well, recently researchers from Purdue reviewed a dozen studies all published within the last five years on the health risks of consuming diet soda. They published their findings in an opinion piece in Trends in Endocrinology & Metabolism; it was there they revealed their “shock” over their findings.

“Honestly, I thought that diet soda would be marginally better compared to regular soda in terms of health,” said the author Susan Swithers. “But in reality it has a counterintuitive effect…We’ve gotten to a place where it is normal to drink diet soda because people have the false impression that it is healthier than indulging in a regular soda. But research is now very clear that we need to also be mindful of how much fake sugar they are consuming.”

“The negative impact of consuming sugar-sweetened beverages on weight and other health outcomes has been increasingly recognized; therefore, many people have turned to high-intensity sweeteners like aspartame, sucralose, and saccharin as a way to reduce the risk of these consequences. However, accumulating evidence suggests that frequent consumers of these sugar substitutes may also be at increased risk of excessive weight gain, metabolic syndrome, type 2 diabetes, and cardiovascular disease.”

As a result, they set out to discuss the previous findings and attempt to explain how diet soda does serious damage to the body.

Read: Is Diet Soda Bad for You?

The researchers suggest that diet sodas trick the body into thinking it has consumed sugar. It confuses the normal reactions that follow sugar ingestion (blood sugar regulation, etc.). This leads the body to further confusion and malfunction when actual sugar is consumed, resulting in unregulated blood sugar, blood pressure fluctuations, and changes in metabolism.

Also, because these super-sweet sweeteners overload the pleasure centers of the brain, it essentially dampens them requiring you to indulge in more calorie-laden, sweeter foods to fulfill this growing need.

The association said sugar substitutes are “safe and effective” tools in weight loss and management. They didn’t address the research that says these sweeteners increase the risk of heart disease, stroke, and diabetes, regardless of weight.

Another study published in the Clinical Journal of the American Society of Nephrology found a strong positive correlation between degeneration of kidney function and consumption of aspartame-containing diet soda.

It’s time to give up the diet soda and move toward purified water. This decision will have a profound positive impact on your health. Need help in giving up diet soda and artificial sweeteners altogether? Click on that link.