It has been nearly 20 years since a new drug has been developed to combat Alzheimer’s disease. Thankfully, it won’t be another 20 years until such a feat is accomplished, as a new drug called Oligomannate has been approved for the treatment of “mild to moderate Alzheimer’s disease and improving cognitive function.” Only thing is – the approval takes place in China, and has yet to go through the proper channels to become approved by the Food and Drug Administration.

Dementia, used to describe a decline in cognitive function and memory, is said to be one of the costliest conditions we’re facing today. The prevalence of dementia is shocking, with an estimated 50 million people worldwide living with the condition in 2017. Worse, this number will almost double every 20 years.

Unfortunately, there has been little headway in terms of medical advancement in reliably treating and preventing the disease. Of course, we’ve made strides in discovering what might be the root causes and how to combat those root causes, but no real solution has yet to surface from the medical field.

As explained by Dr. Ronald Petersen, it’s hypothesized that Alzheimer’s disease is caused by the presence of plaques and tangles in the brain. These plaques, known as amyloid plaques, build up in the brain in much the same way that plaques can build up in our arteries, causing the neural pathways to be slowed and damaged. Further, once these amyloid plaques are misprocessed and present in the brain, it leads to the misprocessing of something known as tau proteins, which leads to tangles in the brain, the death of nerve cells, and ultimately, dementia.

A Glimmer of Hope – Seaweed

In 1997, Geng Meiyu at the Shanghai Institute of Materia Medica under the Chinese Academy of Sciences and other researchers discovered how a sugar found in seaweed could somehow play a role in preventing Alzheimer’s disease. What they didn’t realize was that more than 20 years later the research would expand into something that could be extremely exciting for the world at large.

Interestingly, it has been observed that there’s a lower incidence of Alzheimer’s among those who eat lots of seaweed, leading the researchers to hone in on the possible preventative connection.

Geng Meiyu and researchers published a paper outlining how the molecule found in seaweed reduces the formation of a protein harmful to neurons while also regulating the bacterium colonies in the gut to reduce the risk of brain inflammation. This means that Oligomannate not only relieves individuals of dementia symptoms, but also targets what is said to be the root cause of the disease – the amyloid plaques.

Though we should know by now that gut health influences our body on every level, this research “doubles down” on just how strong the connection between the gut and brain health truly is.

“These results advance our understanding of the mechanisms that play a role in Alzheimer’s disease and imply that the gut microbiome is a valid target for the development of therapies,” neurologist Philip Scheltens, who advises Green Valley and heads the Alzheimer Center Amsterdam, said in the statement. 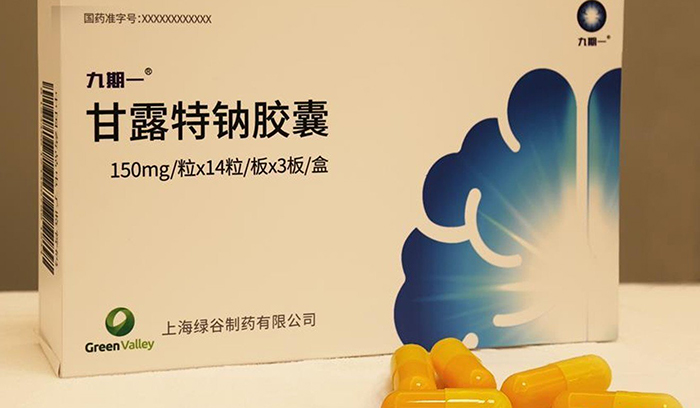 For more than 20 years, pharmaceutical companies have invested hundreds of billions of dollars on Alzheimer’s drugs. South China Morning Post reports that more than 320 drugs were brought to clinical trial, with only 5 being approved for clinical use to relieve dementia symptoms. Unfortunately, none of them rose above the challenge that is Alzheimer’s, leading to the closure of numerous Alzheimer’s-related programs.

Though Oligomannate will be approved “very soon” in China, it will have to go through numerous hurdles to get approval by other government bodies to be used in places like Europe and the U.S.

Alzheimer’s is scary. Though everyone should practice every natural, preventative solution as possible, such as exercising regularly, training your brain with mental exercises, and consuming brain-healthy coconut oil, it’s exciting to see any advancement into treating an ailment we have largely failed at treating.