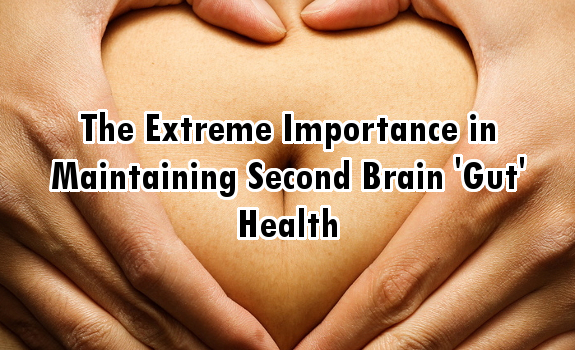 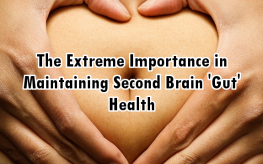 The term “second brain” refers to the ongoing discoveries of intestinal flora or friendly gut bacteria’s influence on our mental acuity and health. The influence is so profound that a Russian doctor in England, Dr. Natasha Campbell-McBride, treats autistic syndrome in kids with dietary modifications that promote a balanced gut flora.

Gut flora is the term for micro-organisms that live in the gastrointestinal tract. There are 100 trillion of them compared to our 10 trillion cells. If the intestines were opened and spread out to expose their inner linings, they would cover a tennis court.

We have a symbiotic relationship with all these friendly bacteria that cover so much territory. Not only do they deter invading pathogens or kill some of the bad guys, but they also signal other aspects of our immune system in other parts of our bodies. That colony of helpful bacteria is sometimes called our “forgotten organ.” Actually, gut flora is said to account for 80% of our immunity.

The relationship between friendly gut flora and pathogenic bacteria needs to be rather lopsided, around 85% good guys to 15% bad guys. When it goes the other way, all sorts of physical and mental problems arise.

Mentally, disorders ranging from ADD to autism in children and depression to mental fogginess in adults have been connected to intestinal flora imbalances that create inflammation of the gut and elsewhere. This is known as the “gut-brain axis”.

Physically, a gut flora imbalance allows pathogenic bacteria and fungi to infect our bodies. Candida yeast overgrowth occurs, and guess what, people with Candida suffer from fatigue and depression. It’s established: there is at least a symbiotic relationship between Candida and cancer.

Gut inflammation, even Crohn’s Disease, has been connected to depression in adults and autistic symptoms with children. Dr. Andrew Wakefield and others have pioneered research in those areas.

Dr. Natasha Campbell-McBride has gone a step further and has actually treated autism and other mental and physical problems by restoring the intestinal flora balance through mostly dietary changes.

Controlling What We Can Control

There are many environmental and dietary issues that kill our friendly bacteria. The whole idea of killing bacteria has been overdone in our culture. Pasteurization, irradiation, antibiotics, processed foods, and sugar are the main culprits.

Obviously, eliminating those affected foods and engaging in a daily habit of whole, organic foods is vital. This dietary and lifestyle change takes progressively steady effort and vigilance, which is assisted by following NaturalSociety and other health sites.

So it’s important to maintain a steady supply of probiotics in your kitchen. Fermented foods, such as sauerkraut, kim-chi, or miso, are good to have around. Water or milk kefirs are great. It’s much better to make your own milk kefir and/or water kefir to consume daily. Commercially sold kefirs and yogurts don’t cut it, really.

But there are some good probiotic supplements on the market. They’re important to add if you’ve been through serious stress, are struggling with Candida, or forced into medications, especially antibiotics. Try the ones with the highest amount of bacteria and the most strains.

Probiotic foods and occasional probiotic supplements should be an essential part of our health regimen. Our kill-all-bacteria culture won’t differentiate between the good guys and the bad guys. We have to do it ourselves.