2 Natural Solutions for Bleeding Gums, Gingivitis, and a Healthy Heart 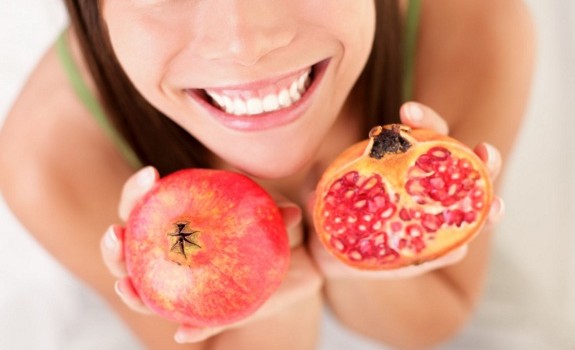 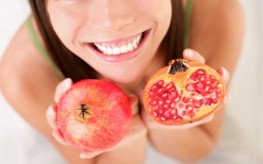 The health of your gums is directly related to your heart health and perhaps even your risk of developing certain types of cancer. But brushing with fluoride-filled pastes is definitely not the best way to care for your oral health. Better treatments for gum health often include oil pulling with coconut oil and brushing with fluoride-free solutions. But a new study indicates chamomile and pomegranate can also play a role in stopping bleeding gums and keeping your heart healthy.

The study, published in Complementary Therapies in Clinical Practice, tested 56 participants who suffered from bleeding gums and gingivitis, assigning them to three groups who each rinsed twice daily with a different rinse for a period of 15 days. One group received chlorhexidine (a popular gingivitis treatment), another received pomegranate extract, and the third rinsed with chamomile extract.

“Inflammation is a major risk factor for heart disease, and periodontal disease may increase the inflammation level throughout the body,” explained Kenneth Kornman, DDS, PhD, editor of the Journal of Periodontology.  “Since several studies have shown that patients with periodontal disease have an increased risk for cardiovascular disease, we felt it was important to develop clinical recommendations for our respective specialties. Therefore, you will now see cardiologists and periodontists joining forces to help our patients.”

When compared with chlohexidine in the treatment of gingivitis, pomegranate and chamomile extracts could offer an additional benefit. This conventional antimicrobial doesn’t only eliminate troublesome bacteria, but “good” bacteria as well. By destroying the probiotics of the mouth, bad or pathogenic bacteria can return unchecked.

More research is needed to determine if pomegranate and chamomile have similar effects, but research suggests other plant-based microbials are selective in their annihilation and support the regrowth of probiotics.