A Florida mother was recently arrested, jailed, and released after spending more than a week behind bars during an ongoing dispute over circumcising her son.

Hironimus had been taken into custody May 14 after she went missing for several months with her 4-year-old son, allegedly to avoid a court order to circumcise him, according to court records. She was taken to jail on charges including interference with custody, according to the Palm Beach County Sheriff’s office.” [1]

Let’s face it, the medical headlines can’t get any more scary than this one about the jailed Florida mom. When a county judge imprisons a mother,who is only looking to protect her son from male genital mutilation, something is very wrong. The mother, having no recourse, was forced to obey the court if she was to be released form the county jail. 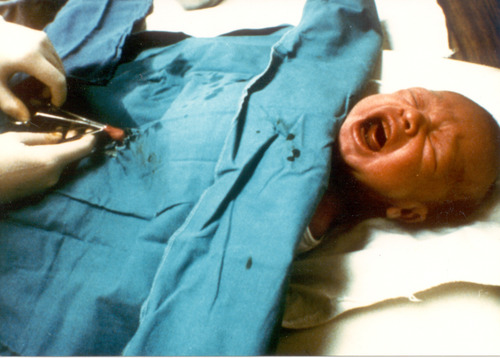 It looks like the medical mafia had a lot to do with this frightening judicial decision process. How else do hospitals all over America get away with performing male genital mutilation, also known as circumcision, on virtually every newborn male. This blind compliance with an antiquated and barbaric ‘biblical’ mandate simply makes no sense, not that it ever did.

For those who are unaware of how profoundly circumcision mutilates the male genital organ, the following excerpt clearly delineates the damage that is done.

When an infant’s penis is circumcised, this is what is forever lost:• 50 to 80% of the total penile skin system, radically immobilizing the remaining shaft skin. If unfolded and spread out flat, the average adult foreskin measures 15 to 20 square inches, about the size of a postcard.

Should anyone still be unconvinced of the potential physical injury and emotional harm that circumcision inflicts, I would suggest that they witness a live circumcision of a newborn male. Undoubtedly, they will never want to watch another one and would certainly never submit their child to such a cruel and unnecessary surgical procedure. 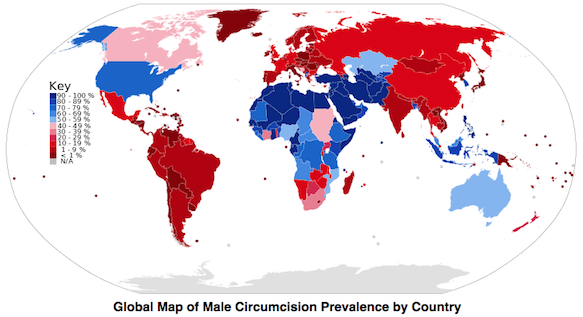 The actions taken toward this defenseless mother constitute substantive legal grounds for both criminal and civil actions. Everyone involved with this grotesque injustice ought to be held responsible for endangering the welfare of a powerless 4-year old boy. As far as some are concerned, the official government conduct may even rise to the level criminality and ought to be prosecuted to the fullest extent of the law.

Circumcision represents a serious assault against the personal sovereignty of every male baby in this nation. If permitted to continue unabated, the entire male population will have been subjected to a babyhood brutality that no civil society ought to ever acquiesce to.