Mom Treats Daughter with Marijuana, Loses Custody of Her 2 Kids

A Gooding, Idaho, mom lost custody of her children and is facing charges after treating her daughter’s seizures with marijuana butter. [1]

Three-year-old Madyson began suffering seizures and hallucinations in early October after coming off of the prescription anti-psychotic drug Risperdal, which was being used to treat a history of seizures.

In an attempt to soothe her seizures, Osborne made her daughter a smoothie containing 1 tablespoon marijuana butter.

Thirty minutes later, Madyson’s seizures went away, according to Osborne.

A few hours later, Osborne took the girl to the doctor, where she tested positive for marijuana, and the Department of Health and Welfare (DHW) was called.

Now, Osborne has lost custody of her 2 children and has been charged with misdemeanor injury to a child. She is currently protesting Child Protective Services (CPS) to regain custody rights of Madyson and Ryker, 2, from her ex-husband, Jerome. [1]

On November 3, Osborne and the Idaho Moms for Marijuana group rallied at outside the DHW in Boise, urging marijuana reform.

Idaho is the only state from the surrounding states in which all forms of marijuana use, medical or otherwise, are illegal. Just 34 children with severe epilepsy have any access to marijuana-based treatment, in the form of an experimental treatment program in Boise that utilizes cannabidiol oil (CBD).

“The [CBD] they use for epilepsy doesn’t have THC, it doesn’t appear to have any kind of brain development issues. Recreational marijuana does cause that so it’s not safe for these children.

The butter Osborne made did contain THC, as CBD oil is not available in Idaho beyond the program. [1]

Osborne has no regrets and believes she did what was right as a mother. She said: 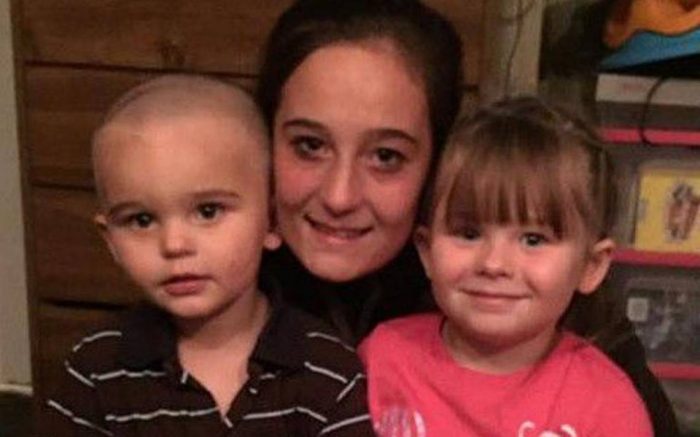 Osborne has plenty of support, too. Her backers have launched a petition to return the children to her custody, gaining 719 signatures so far. The petition will become eligible to be viewed by Idaho governor, Butch Otter, once it has garnered 1,000 signatures. [3]

“Regardless of Idaho laws surrounding marijuana, a parent’s responsibility is for the care, control, and the well being of their children. Idaho laws should reflect science and logic and not impede upon a parent’s rights to choose what is best for their children. The Osborne case shows the failure of prohibition in Idaho and the need for reform of the archaic laws and CPS policies that prevent families from choosing a safer medical alternative for their families. Return the Osborne children to their mother, and change Idaho Marijuana laws/policy.”

Risperdal, or risperidone, is intended to treat schizophrenia and bipolar disorder, both psychiatric conditions. Many people take Risperdal for seizure disorders, but it is considered an off-label use. [4]

In 2012, Johnson & Johnson (J&J), the maker of Risperdal, agreed to pay a $1 billion fine to the U.S. government and most states over its marketing of Risperdal for unapproved uses.

Risperdal is not approved by the U.S. Food and Drug Administration (FDA) for use in children under 5.

The medication can cause severe side effects, including heart rhythm problems and kidney failure.

Ironically, 1 of the warnings on the Risperdal label is that the drug can actually cause epileptic seizures.

In studies, risperidone has been shown to shrink the brain.

Which is more dangerous – cannabis or Risperdal?

Which is the bigger crime – giving a kid a tablespoon of cannabis butter in a smoothie, or prescribing an ongoing course of frighteningly dangerous prescription drugs for a use not even approved of by the FDA?