Mistletoe can Slow Cancerous Cell Growth without Side Effects 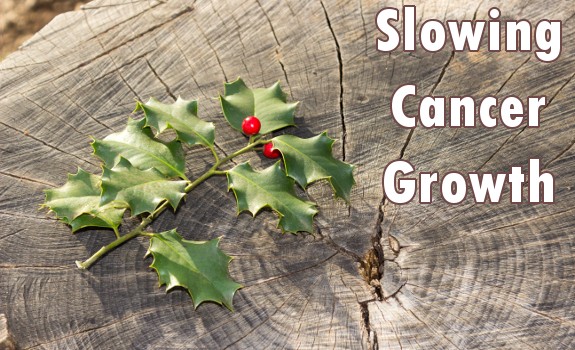 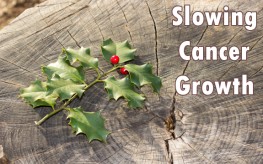 Research has found that mistletoe, the same plant we stand underneath to get a kiss from someone we adore, can fight cancer – slowing and halting growth of cancer tumors. According to numerous peer-reviewed medical publications, this natural immune booster has killed cancer cells in lab experiments repeatedly. It has effectively treated colon cancer using the Fraxini species that often grows on Ash trees, as well as breast and other common cancers found throughout the world.

“The extracted mistletoes are composed of many biologically active substances. The principle of the mistletoe phytotherapeutics can be considered as combined cytotoxic and biological response modifying activities that result from the activities of the plant lectins and other biologically relevant substances (Zarkovic et al, 2001)”

This particular type of mistletoe, Fraxini, was found to be more effective than chemotherapy at treating cancerous cells in the colon, but other varieties have been known to treat a host of cancers:

The tradition of hanging mistletoe, a shrub with small red berries, might turn out to be worth saving. Although the mistletoe that many of us hang is Phoradendron flavescens, the North American version, multiple varieties of mistletoe, including Viscum album, may live up to the mystical powers that the Greeks once assigned to the plant. This aphrodisiac was once considered to bestow life and protect an individual against poisons, but now we know about mistletoe’s ability to slow and halt cancer cell growth.

“Our laboratory studies have shown Fraxini mistletoe extract by itself to be highly effective at reducing the viability of colon cancer cells. At certain concentrations, Fraxini also increased the potency of chemotherapy against the cancer cells.

“Of the three extracts tested, and compared with chemotherapy, Fraxini was the only one that showed a reduced impact on healthy intestinal cells. This might mean that Fraxini is a potential candidate for increased toxicity against cancer, while also reducing potential side effects. However, more laboratory testing is needed to further validate this work,” Health Sciences student Zahra Lotfollahi says.

This simple plant, with so much symbolism, just might help you or someone you love kiss their cancers goodbye.