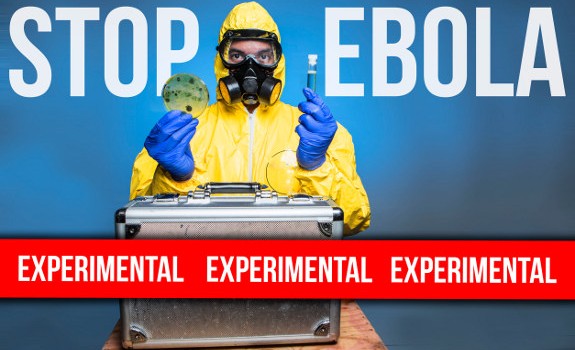 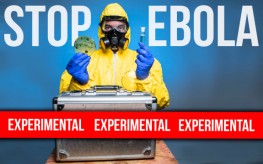 By May of 2015, Johnson & Johnson (J&J), one of the largest pharmaceutical companies on the planet, plans to have 250,000 experimental Ebola vaccine doses at the ready. The mega corp also plans to have 1,000,000 doses in total ready for delivery next year. J&J is racing to develop a mass-population vaccine along with GlaxoSmithKline and NewLink Genetics.

Make up your own mind about what this means, but the World Health Organization (WHO) is hoping that tens of thousands of people in West African countries affected by Ebola will take the new experimental drugs. The trend may follow in America.

Just a few years ago, J&J paid a $1 billion dollar settlement in a class action suit involving their anti-psychotic drug, Respirdal, and a criminal investigation is still underway. The company also coughed up $2.2 billion dollars in a drug-marketing scandal involving the same product. GlaxoSmithKline has equal detractors, with a former employee stating that the company was handing out adulterated batches of drugs like Halloween candy.

NewLink Genetics has already started human testing on their experimental Ebola vaccine, VSV-EBOV, with results expected as soon as December. NewLink Genetics is funded in large part by the Bill & Melinda Gates Foundation – known supporters of controlling the world’s population (not a big secret).

Will Gates’ foundation do the same thing they did in India to test their experimental vaccines? He currently faces a trial by the Indian Supreme Court for illegally testing HPV vaccines on tribal girls.

The United Nations and WHO want large-scale trials of the Ebola vaccines to be disseminated in Africa as soon as January.

While J&J said it would test its vaccine for safety and immune response in healthy volunteers in Europe, the United States, and Africa starting in January, adding that it will commit up to $200 million to accelerate the program, experimental vaccines from known criminals of the pharmaceutical monopolies is hardly a welcome relief.

Interestingly, J&J’s particular vaccine was developed in collaboration with the U.S. National Institutes of Health (NIH) and includes technology from Denmark-based Bavarian Nordic, which will now receive a cash injection from the U.S. healthcare group.

Incidentally the NIH has undergone budget cuts in the last several years, and likely hopes to re-invigorate itself with the Ebola pandemic scare tactics being pushed on the public by the CDC and other government agencies. The NIH even says it couldn’t explore cures to Ebola sufficiently due to these budgetary restrictions.

Bavarian will receive an upfront payment of $25 million and up to $20 million in milestone payments based on future success of the product. J&J will also invest 251 million Danish crowns ($43 million) in Bavarian Nordic shares.

The safety and effectiveness of such experimental vaccines has yet to be proven, and I for one don’t plan on taking an experimental Ebola vaccine any time soon. ‘Experimental’ already means that the makers of these vaccines won’t be held accountable for terrible adverse reactions. It’s a built-in disclaimer that says, ‘Take at Your Own Risk.’

There is even a rumor that RIFD chips will be in the mass-produced vaccines, though this rumor has proven to be false. But anything is possible; they already admitted to a false advertising campaign to steal our DNA back in 2011.