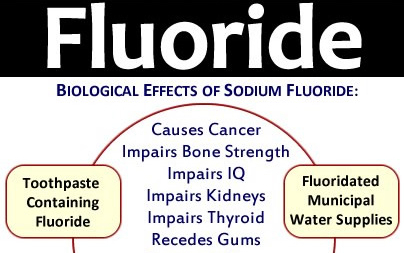 Citing health concerns, the Supreme Court of Israel has ruled that the nation will stop fluoridating its water supplies in 2014. It’s ironic that as one of the most developed nations in the world, the United States is slow to follow suit of other nations that recognize the dangers of feeding the population various foods and substances – like genetically modified foods and fluoride.

Since 1974, fluoridated water supplies was mandatory in Israel. It seems the nation, like the U.S., thought (or pretended to think) that fluoride offered enough benefit to risk the populations health. Hoowever, Izun Hozer Association for Dissemination of Health Education and Yaacov Gurman petitioned Israel’s highest court on November 12, 2012, demanding that water fluoridation come to a halt due to not only potential health concerns, but also because fluoride provides virtually no benefit. In April 2013, the Minister of Health, Yael German, created a new regulation removing mandatory water fluoridation.

Interestingly, ruling not only puts an end to not just mandatory fluoridation in Israe, but all fluoridation — mandatory or voluntary. Here’s a translation of the court ruling.

“Zealous fluoridation promoters try to convince the American public that ‘everyone drinks fluoridated water.’ But the opposite is true. An overwhelming number of countries do not fluoridate, including 97% of the European population. In fact, over half the people in the world drinking fluoridated water live in the US. We are the odd ones out. Fluoridation is an outdated, unscientific, failed public health blunder. What I find remarkable here is that Health Minister German has been able to escape the unscientific belief system on fluoridation that traps so many public health bureaucracies in fluoridated countries.”

A controversial substance not utilized by many developed nations, including Japan and 97% of western Europe, fluoride is without question destroying people’s health, all under the guise of protecting the teeth.

While people in the U.S. may not realize it, many nations are opposed to water fluoridation for the health-concerning reasons above and more. It’s extremely important to practice fluoride treatment protocols, detoxing the substance from your body. Here is a simple fluoride detox to get the poison out of your body.