An investigation has this to say

Whole Foods is in a world of hurt after the New York City Department of Consumer Affairs revealed in late June that the company was overcharging customers for some of its pre-weighed packages in New York City. [1]

The company’s stock fell more than 30% this year and trading is around $34.50 – the lowest level in nearly four years. Whole Foods’ stock fell another 5% after executives apologized for the pricing snag and promised that it would never happen again.

A Whole Foods shareholder filed a class action lawsuit against the company last week in a federal court in Austin. The investor alleges in the suit that Whole Foods executives made false and misleading statements about its business operations and failed to disclose that it was overcharging customers in a timely fashion, CNN Money reports.

Whole Foods says the complaint is “baseless and without merit.”

But consumers haven’t been terribly forgiving of the price hikes. Whole Foods was slammed with criticism last week by shoppers who noticed that one of the company’s stores in Brentwood, California, was selling asparagus water – a bunch of asparagus stalks in a bottle of water – for $6 apiece. The chain eventually pulled the product from store shelves, but the move was too little, too late. [1] 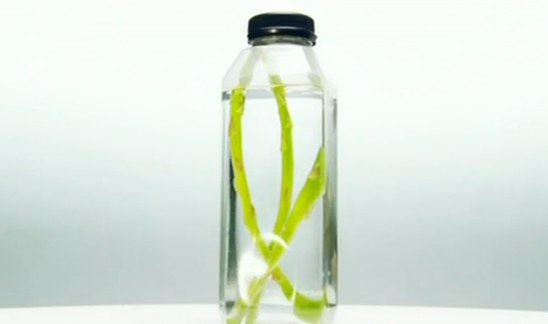 Walmart, Costco, and Kroger have started selling cheaper organic food, making them fierce competitors of Whole Foods. In response, Whole Foods is launching a lower-cost chain of stores that’s intended to be “hip, cool and technology-oriented.” [1]

“We’ve been so successful that we’ve actually bred a lot more competition and everyone is jumping on the natural and organic food bandwagon, and that’s really, frankly, due to our success,” said Whole Foods CEO John Mackey. “You have to be willing to evolve with the marketplace…to serve your customers,” he added.

But Mackey’s comments were made in May, a month before New York City Department of Consumer Affairs department commissioner Julie Menin said department inspectors had uncovered “the worst case of mislabeling they have seen in their careers.” [2]

According to New York officials, an investigation of 80 different types of pre-packaged products found none had correct weights; 89% of those packages violated federal rules for how much a package can deviate from actual weight.

The investigators found the following:

2 responses to “Is Whole Foods Really Overcharging Customers as Claimed?”