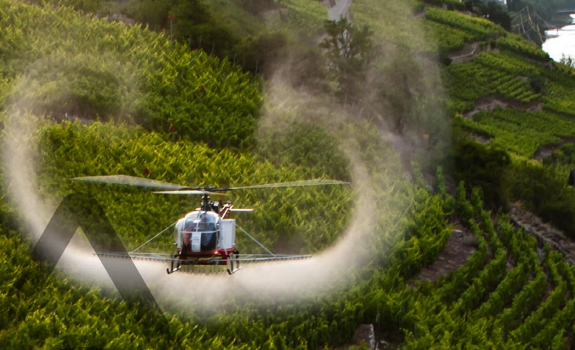 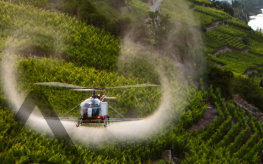 A report recently released by the European arm of Pesticide Action Network (PAN) details the global infiltration of government regulatory agencies like the US Food and Drug Administration (FDA) and the European Food Safety Agency (EFSA) by the pesticide industry.

All efforts to regulate toxic chemicals which would harm human health and devolve biotech responsibility for safe food creation have been completely incapacitated by special interests. Any effort by scientists to disclose the toxic effects of these chemicals is met with both immoral and illegal pressure.

This report focuses on the EFSA’s inability to implement satisfactory investigations into the health effects of numerous pesticides known to be used in Big Ag farming practices. The agency was supposed to report on the cumulative risks of exposure to these chemical toxins, known as a cumulative risk assessment (CRA), and has failed to do so.

While some of these pesticides have been investigated as single chemicals, they have not been measured for their overarching effect on human health. Likely, because Syngenta, Dow, Monsanto and others, already know that the combination of these myriad chemicals is seriously detrimental to our health.

Their tactics for keeping this information from the public are detestable, to say the least. Syngenta, for example, was recently accused of wire-tapping one scientist, Tyrone Hayes, a biologist from the University of California, Berkeley, who had been studying the ill effects of a popular herbicide known as atrazine on the endocrine system. His findings were not acceptable to Syngenta’s bottom line, so they harassed him, ruined his scientific credentials, and attempted to make him the laughing stock of his peers who once praised him for his scientific findings.

If just one chemical is causing cancer, and killing the ecosystem – you can imagine what a big afternoon cocktail of chemicals are doing to us.

A quarter of all fruits and vegetables sold on the European market contain residues of more than one pesticide, according to Hans Muilerman, PAN Europe’s chemicals coordinator.

“So if you ate an apple in the morning with three pesticides, strawberries in the afternoon with five pesticides and tomatoes in the evening with four pesticides, you are exposed to a toxic mixture,” Muilerman wrote for TheParliament.com, “And this exposure comes on top of exposure to more chemicals from cosmetics, plastics and through air pollution.”

The EFSA was ordered to create the CRA in 2005 – almost a decade ago now – and yes, to deliver the report. This delay is what inspired the new report: “A Poisonous Injection: How Industry Tries to Water Down the Risk Assessment of Pesticide Mixtures in Everyday Food.”

“Eight years after the EU mandated such risk assessments for pesticide residues in food, EFSA still fails to carry them out, leaving consumers and citizens unprotected against the harms of mixtures of pesticides in food,” the report reads.

“We wondered how it was possible that EFSA neglected its mission to protect people’s health for so many years,” Muilerman wrote. “We learned that massive infiltration by industry linked academics within the authority’s scientific panels was the main cause.”

Just who is controlling these agencies, then?

The researchers who penned the report found that 73% of all members on the ‘pesticide panel’ of the World Health Organization are tied to the pesticide industry. Not a few, not even half – but 73%. Guess who has the controlling interest of our future health as the system stands?

What’s more, only 22% of the members of the WHO panel are active researchers in the fields of biology, ecosystems, human health, or any other field that would give them the authority to determine the true ramifications of pesticide exposure. The rest are just dead weight – holding up progress and keeping the world addicted to herbicides and pesticides.

These pesticide-industry panelists have, therefore, easily been able to block the progress of action on the CRA report which would show just how bad pesticides are for us in combination.

It isn’t as if Europe hasn’t tried to eliminate this obvious bias. In 2011, the EFSA ordered the panel to take the CRA seriously, and in 2012, it disbanded the panel due to “lack of significant progress, ” yet it contributes to collaborate with the EU’s Acropolis research program – yet another agency that has been permeated by pesticide company interests.

“There is a lack of professionalism within EFSA and a lack of awareness on scientific integrity,” Muilerman reports. “We have proposed that EFSA should… put in place a ‘science integrity officer’ whose job is to change the culture at the agency, and restore independent science by involving independent scientists.”