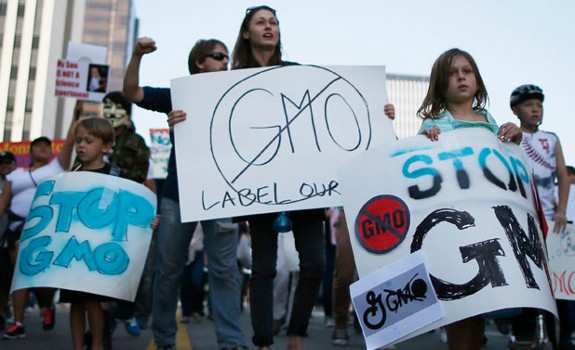 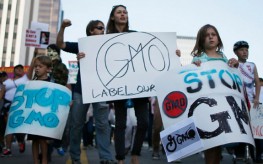 To get real science about GMOs, you have to consult scientists who aren’t shills for the biotech industry, and several new studies have proven beyond a doubt that genetically modified foods are far different from their non-GMO counterparts. This is an important time for research like this to be presented to the public since thus far, biotech companies have been relying upon the ‘substantial equivalence rule’ to get approval for their poison crops through government regulatory agencies.

Substantial equivalence related to GMOs means that governments look at genetically modified organisms in comparison to their non-genetically manipulated brethren to determine if they should be given authorization for release. It was introduced in 1993 by the Organization for Economic Development (an international economic and trade organization, not a health organization with qualified individuals).

Substantial equivalence is not only used by our own U.S. Food and Drug Administration, but also the Canadian Food Inspection Agency, Japan’s Ministry of Health and Welfare, the United Nation’s Food and Agriculture Organization, the World Health Organization (WTO), and the OECD. Essentially it says that if a GMO seems about the same as a non-GMO food, then it is ‘safe’ for planting.

Additionally, substantial equivalence takes into account that some non GMO foods can contain toxic components just like GMO foods, and can still be consumed without harm to human health. For example, green-skinned potatoes contain solanine which will make the potato taste bitter, and, when consumed in large amounts, can be lethal.

The latest scientific findings; however, prove that GMOs are not equivalent at all to non-GMO, according to the Permaculture Research Institute. The Institute and others believe this is a faulty concept that allows biotech companies, like Dow and Monsanto, to ignore regulatory requirements that apply to many other food products – from processed chips and cookies to pharmaceuticals, food additives, and even pesticides. All of these things currently require a wide array of toxicological tests to determine if they are truly safe for human consumption (sometimes ignoring if they are good for the environment, though.)

It isn’t as if our regulatory bodies can be trusted to approve or deny certain foods or drugs anyhow, considering the FDA has given its stamp of approval to numerous painkillers and anti-depressants that cause suicide, while our federal government still bans Cannabis even though it can treat more than 30 diseases. But the rules, as they stand, are very loose, and subject to interpretation so that just about all GMOs can be approved with little due process.

“In practice, the principle allows the comparison of a GM line to any existing variety within the same species, and even to an abstract entity made up of ingredients from a collection of species. This means that a GM variety can have all the worst traits of many different varieties and still be deemed substantially equivalent.”

Permaculture Research Institute reports on one study which shows how this process is inadequate and very misleading. An Egyptian publication led by Professor El-Sayed Shaltout at Alexandria University, proved that one of Monsanto’s strains of genetically modified corn was substantially non-equivalent and toxic when compared to non-GMO corn varieties.

Yet another study from the Norwegian Centre for Biosafety, led by Thomas Bøhn, tested GMO and non-GMO soybeans and found they were significantly different on multiple counts.

“Profiling technologies … allow the simultaneous measurement and comparison of thousands of plant components, in this case proteins, without prior knowledge of their identity. These methods are now being employed by independent scientists to provide a more thorough, unbiased and global profile of GM crop composition for risk assessment.”

With findings like these, there should be a substantial overhauling of our regulatory bodies – staring with ousting the ‘experts’ who told us GMO were safe.