One species is already presumed to be extinct

The Center for Biological Diversity has published a first-of-its-kind comprehensive review of more than 4,000 native bee species in North America. The report indicates that more than half the species with sufficient data are declining. Nearly 1 in 4 is racing towards extinction due to increased pesticide and other factors. [1]

The author of the report, Kelsey Kopec, said in a statement:

“It’s a quiet but staggering crisis unfolding right under our noses that illuminates the unacceptably high cost of our careless addiction to pesticides and monoculture farming.”

All of the bee species are threatened by habitat loss, heavy pesticide use, climate change, and increasing urban sprawl. Let’s take a look at the case studies highlighted in the group’s report. 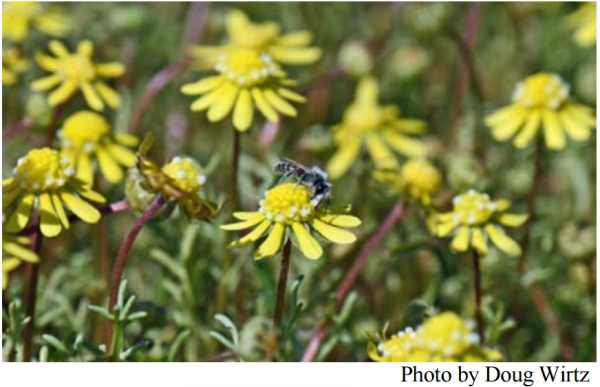 The Yellow Carpet Solitary Bee depends entirely on the flower that shares its namesake, the yellow carpet, or Blennosperma nanum. The biggest threat to the species is habitat loss and modification “because the vernal pool and upland habitats essential to its life cycle are being destroyed at alarming rates.”

These bees were once found in 11 counties in Central California and the Bay Area, but have been confirmed in only 1 county in the last decade. 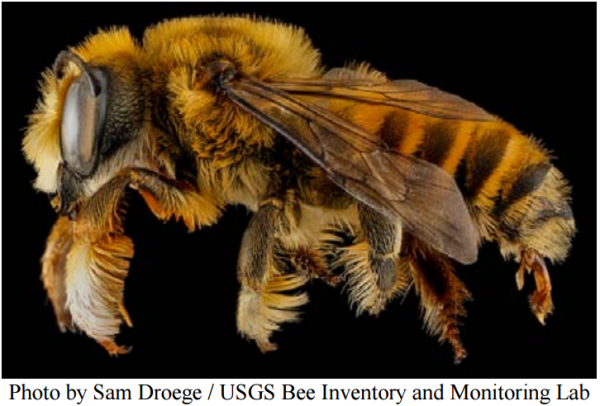 This exceptionally large bee uses sunflowers as its primary source of pollen. It was once seen buzzing sunflower stands in the Great Plains, but is now in steep decline and rarely seen.

The pesticides used on commercial sunflower crops have been shown to harm and even kill solitary bees like the Sunflower Leaf Cutting Bee. The chemicals can cause decreased fitness, reduced brood bearing, and reduced female production, all leading to smaller populations that can eventually cause local to large-scale extinctions. 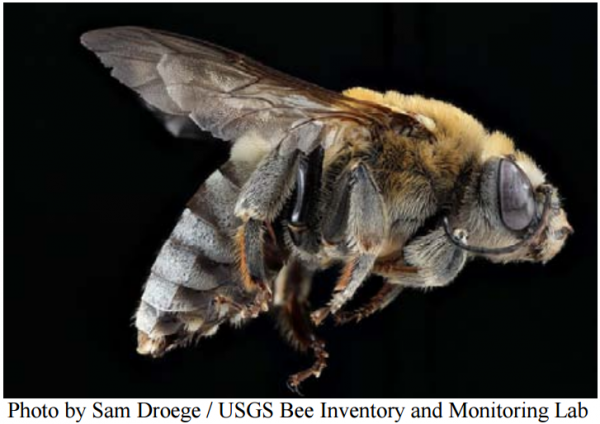 The Wild Sweet Potato Bee’s turf is east of the Great Plains, from Missouri to Pennsylvania, and at forest edges along the eastern U.S. Logging and land conversion has largely driven the species out of forests. Agricultural intensification (including pesticide use) and urban sprawl are also significant threats to Wild Sweet Potato Bees.

Once commonly observed in the state of Illinois, no bees have been collected there since the late 1970s. Like the Sunflower Leaf Cutting Bee, the Wild Sweet Potato Bee is rarely seen anymore. 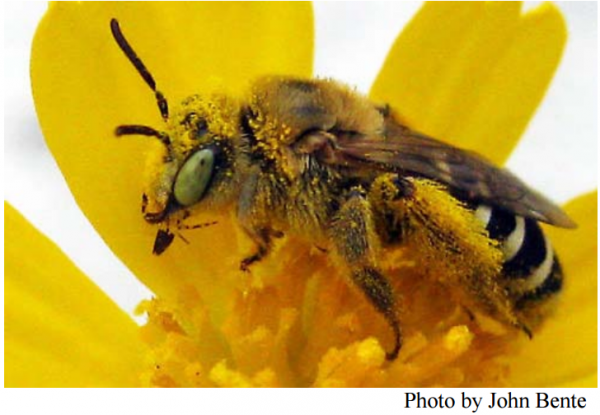 According to the report, the Gulf Coast Solitary Bee “is one of 34 bee species within the family Melittidae native to North America [3] and is the only bee within its genus to be found east of the Mississippi.” It forages for pollen on the coastal plain honeycombhead (Balduina angustifolia), and no others.

This species is no longer found in 1 of 3 counties where it was known to exist, and it is disappearing in other portions of its small range, including Choctawhatchee Bay, Pensacola Bay and Perdito Bay. The Center for Biological Diversity warns that without swift action, the Gulf Coast Solitary Bee will likely disappear. 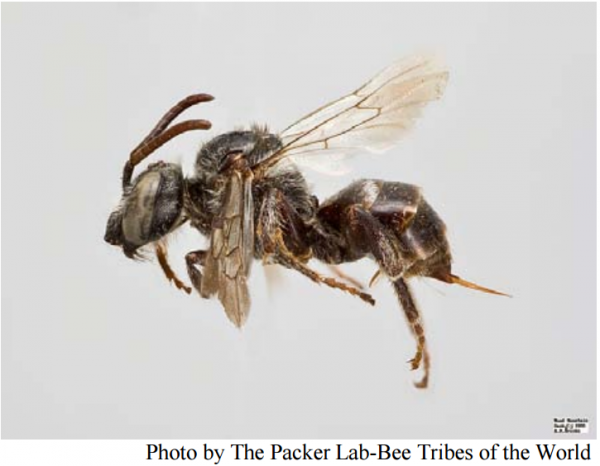 This particular species is the only one of the cleptoparasitic tribe Osirini present in the United States and Canada, and is one of only two species of Epeoloides worldwide, according to the report.

Scientists have been working to locate the Macropis Cuckoo Bee in its previous range in the United States, but have unfortunately come away empty-handed.

The Center for Biological Diversity writes:

“The story of the macropis cuckoo provides an important lesson that a species should not have to decline to the point of being presumed extinct before receiving protection. Additional protections are still needed to ensure that this unique bee survives and recovers from the brink of extinction.”

Last fall, 7 species of yellow-faced bees native to Hawaii were granted protection under the U.S. Endangered Species Act. It marked the first time a bee species had ever been given such protection.

The Rusty Patched Bumble Bee was scheduled to receive federal protection in February, but the action got pushed back until at least mid-March, due to the regulatory freeze enacted by the Trump Administration on President Trump’s first day in office. [2]