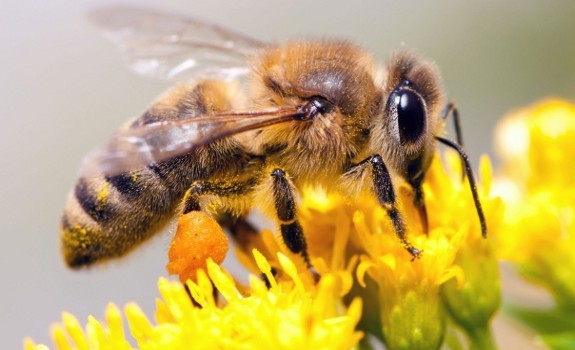 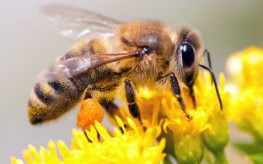 While not particularly harmful, bee stings can be quite painful and cause unwanted swelling and redness. Many bees aren’t inherently aggressive and will only sting to defend their nest, but most do indeed sting, including honeybees, wasps, hornets, yellow jackets, and even honeybees. Unlike bug bites, bees release small amounts of toxic venom, which could cause each individual person to react differently. Unless you are highly allergic, in which case medical attention should be sought, there are a number of home remedies for bee stings that can be used to reduce pain and hasten the healing process.

The first measure to take after being stung is to remove the actual stinger. Each second that the stinger is stuck in your skin, a small amount of venom leaks out and into your body. Some say that scraping the stinger off is the safest way for removal, as pinching it out would result in more venom to enter your body.

However, research suggests that removing the stinger as soon as possible should your goal, regardless of the method. While pinching the stinger would in-turn squeeze out more venom, more venom will be released if excess time is taken to remove the stinger in a ‘proper manner’.

“Weal size, and thus envenomisation, increased as the time from stinging to removal of the sting increased, even within a few seconds. There was no difference in response between stings scraped or pinched off after 2 s,” says the findings of research.

A bee sting could  be painful for hours, while swelling and itching could last for as long as a week. Luckily, there are a number of home remedies for bee stings that could reduce the negative effects to just minutes. Try some of these natural solutions.

Although there are other home remedies for bee stings many individuals would recommend, these options should certainly be of help. Remember to share any successes you’ve had with others so that home remedies may live on.