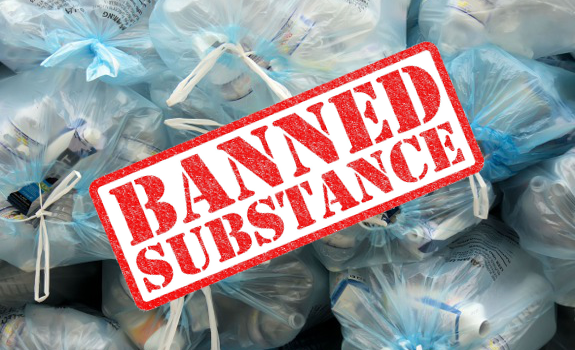 Even with reusable shopping bags, most individuals inevitably end up with some of the annoying thin plastic ones around, perhaps shoved under the kitchen sink. Well in Hawaii, people will be dealing with a lot fewer of these plastic sacks as that state recently became the first to ban the bag at checkout and restaurants.

Honolulu County became the last of the state’s counties to ban the bags, completing the state’s ban as a whole, according to NBC News. Retailers have three years to get rid of their supply and come up with alternatives.

“Passing the bans did take an effort – change always does—but people seemed to understand the need for such an effort,” said director of the Hawaii chapter of the Sierra Club environmental group Robert Harris.

The success of the bans is attributed to citizen action and conscientious Hawaiians. After all, it didn’t come from the legislature, but from all four county councils.

“This is groundbreaking. By signing this environmentally friendly bill, Honolulu joined our neighbor island counties,” said Honolulul Mayor Peter Carlisle, who had initially held back his support of the measure. “Hawaii has become the only state in the United States where every county has plastic bag legislation.”

By July 1, 2015, retailers will have to switch to reusable bags or paper bags that are at least 40% recycled materials. Some are concerned the ban will lead to an overuse of paper bags. And while paper is biodegradable, it could still amount to significant waste.

“While we are excited that the plastic bag bans have been enacted, there has been a reported increase in paper bag use from locals,” said Bill Hickman, of the Surfrider Foundation, adding that his group might even lobby for a fee on paper bags at some point.

Overall, the ban is a step in the right direction and to have the activists there already considering contingency for when paper bags are overused is a good sign indeed. We can hope their motivation will be infectious and follow to the mainland.

“Being a marine state, perhaps, we are exposed more directly to the impacts of plastic pollution and the damage it does to our environment,” said Harris in 2012, according to Real Farmacy. “People in Hawaii are more likely to be in the water or in the outdoors and see the modern day tumbleweed — plastic bags — in the environment.”