That ‘Gut Feeling’: 7 Ways to Better Listen to Your Intuition 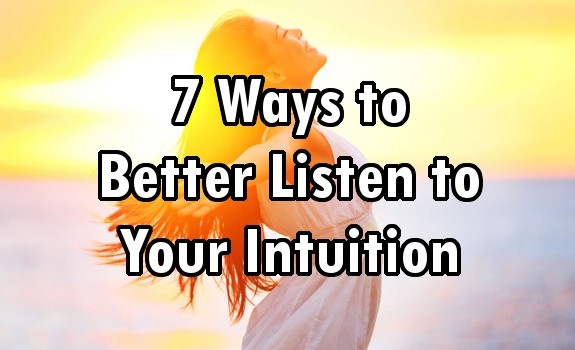 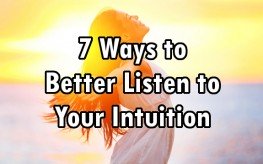 Have you ever been in a situation where your “gut feeling” told you one thing, but your rational mind said another? If you went with your brain rather than your intuition, there’s a good chance you ended up regretting your decision. Your intuition is the subconscious leader that many people fail to give proper respect to. But learning to listen to this internal compass could help you make better decisions and live a more fulfilling life.

It’s unconscious reasoning, the guidance that compels you to turn left when all signs may be pointing right. It’s often the whisper inside that can lead you to the best results possible, if you will just learn to let go and give it a chance.

Intuition is commonly associated with New Age mysticism or a metaphysical way of thinking, but it doesn’t have to be so. Our intuition was here long before anyone even gave a word to it, and it will be here long after other fad words expire.

“There is a growing body of anecdotal evidence, combined with solid research efforts, that suggests intuition is a critical aspect of how we humans interact with our environment and how, ultimately, we make many of our decisions,” said Ivy Estabrooke of the Office of Naval Research, who is investigating the power of intuition which has helped troops make important and quick decisions during combat.

Whether it’s deciding which job to take, which direction to turn when you’re lost, or how to handle a conflict in your family, intuition sometimes knows better than the rational mind. The problem is that many of us have buried that little voice so deeply within, we have a hard time hearing or feeling where it is guiding us.

The good news is that your intuition is still there, you merely have to learn to hear it again.

To better listen to your intuition, try:

Working on becoming more intuitive requires you to adopt healthier habits and a healthier mindset. These are things that are good for your mental, emotional, and physical wellbeing, no matter your end goal. And if cultivated regularly, they could lend themselves to better decision making and more happiness overall.

2 responses to “That ‘Gut Feeling’: 7 Ways to Better Listen to Your Intuition”