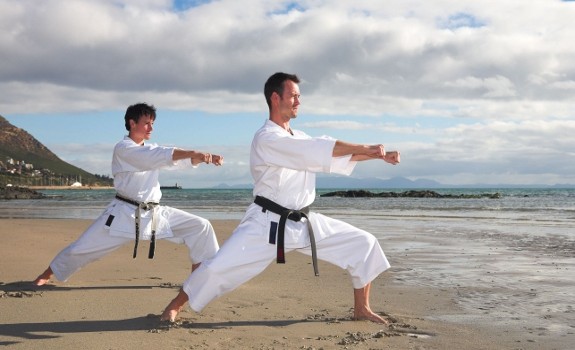 If you don’t know about the benefits of green tea, it’s time to start reading. This elixir has gained popularity in the western natural health world over a decade ago, though it’s been the health beverage of choice for millennia in Eastern countries. The benefits are many, and some recent research says the benefits can be augmented when the tea is paired with another Eastern practice—tai chi.

Dr. Chwan-Li (Leslie) Shen is a researcher and associate professor at the Laura W. Bush Institute for Women’s Health at Texas Tech. She has dedicated the vast majority of her research to green tea and other eastern health practices.

Her latest study looked at post-menopausal women and the use of green tea and tai chi to enhance bone strength.

Like green tea, the benefits of tai chi are well established. They include increased muscle strength, better flexibility, aerobic conditioning, and improved balance. But when used in conjunction with green tea, those benefits could be even greater.

Her study was double-blind, placebo-controlled, intervention trial—the best of the best when it comes to scientific standards. She separated 171 women who had weak bones but not full-fledged osteoporosis into four groups:

Throughout the six month study, the group was subject to blood and urine testing and muscle strength assessment.

Researchers found that those women who took green tea and did tai chi experienced the most benefits—increased markers of bone health at both 3 and 6 months. In addition, this group saw a significant decrease in inflammation, suggesting the combination of green tea and tai chi could have disease-preventing benefits not anticipated before. Of course one could assume that simply participating in 2 healthy activities (drinking green tea and tai chi), would rank above participating in just one.

While the study participants used a supplement containing the beneficial components of green tea, you can easily reap benefits from the tea itself.