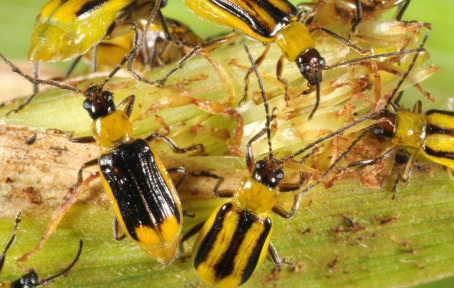 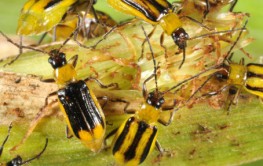 Nature is a powerful force to be reckoned with. All the Monsanto scientists in the world can’t outsmart countless years of evolution (or even thousands of years of micro-evolution, depending on your views). Nature evolves in an effort of self-preservation. So it should be no surprise that GMO crops are failing because the very pests they are designed to withstand are developing resistance to the toxins within.

We are seeing the same sort of evolutionary phenomenon in humans with antibiotic-resistant superbugs, illnesses that are able to thrive despite being bombarded with modern drugs, precisely because of modern bugs.

In the case of Iowa corn crops, the Western Corn Rootworms have made it their business to survive and thrive no matter what Monsanto throws at them. To that end, they’ve grown resistant to two strains of Bt Corn, beginning with Cry3Bb1, which researchers found them defending themselves against in 2009. In 2011, it was mCry3A, according to Gizmodo.

When these strains of corn are not “managed correctly”, they don’t produce enough of the Bt toxin to kill the rootworms (a beetle larvae). Instead, the toxin only kills the weak and small. Through the process of natural selection, those larger and stronger larvae survive and create additional larger and stronger larvae. As a result, Iowa has larger, stronger, and more destructive rootworms.

As NaturalNews reports, though we are seeing this in Iowa now, it could certainly be a sign of things to come on farms everywhere. About 85 percent of American corn is genetically modified. Ninety-one percent of soybeans and 88 percent of cotton is as well. If insects are able to develop resistance to the very poisons designed to control them, these industries could be the death of themselves.

But it’s not only the GMO crops that stand to suffer. If problem pests get bigger, stronger, and more resistant to controls, they won’t stick with GMO crops out of preference, they’ll likely move onto organic and non-GMO fields as well—just another way the GMO industry could take down agriculture as we know it.