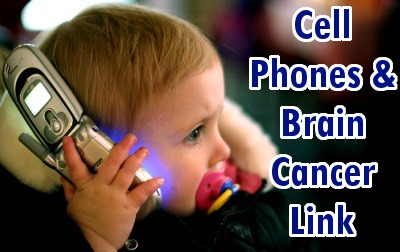 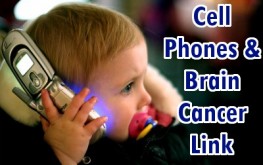 More than 4.6 billion mobile phone subscriptions exist worldwide. We are more connected than ever, but does this pose a risk to our health? If you like to chat away the hours on your cell phone, it might be time to reconsider. A new study published in the journal of British Occupational and Environmental Medicine shows heavy cell phone use triples the risk of developing brain tumors.

French researchers from the University of Bordeaux conducted the study. They examined 253 cases of glioma, (a malignant tumor of the glial tissues of the nervous system), and 194 cases of meningioma (a tumor which is located in the meningial tissue of the brain) reported in four French cancer departments over two years. These individual’s brains were compared to those of 892 healthy people from the general population. What they found supports previous findings that there is a link between cell phone use and brain cancer.

The researchers found that talking just 15 hours a month on a cell phone increases the chances of getting brain cancer three times over. Sales and business professionals, obviously, are at greater risk, since they spend an inordinate amount of time on their phones. Most people have been using cell phones for an average of five years, and the accumulated use is also not healthy.

The reason that brain cancers are more often developed in cell phone users is due to radio frequencies. A report from The International Agency for Research on Cancer states that these frequencies are “possibly carcinogenic to humans.”

Strangely, the tumors happened most often on the opposite side of the brain from where the cell phone was most often used. The study pointed out that it is also difficult to pin down which cell phone technologies are the most damaging since they are changing so rapidly.

“It is difficult to define a level of risk, if any, especially as cellphone technology is constantly evolving. The rapid evolution of technology has led to a considerable increase in the use of cellphones and a parallel decrease of [the radio frequency radiation] emitted by the phones,” the researchers explained.

If you want to know how to minimize cell phone related cancer risks, read:

10 Ways to Reduce Radiation from Cell Phone Use