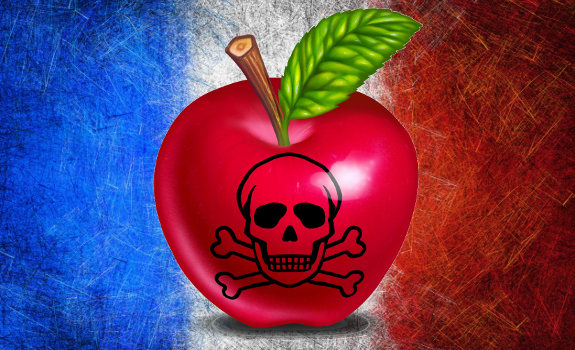 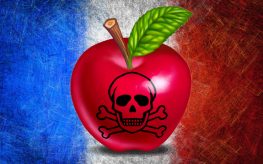 Endocrine disruptors –chemicals that cause our normal hormonal functions to work improperly – are in a host of foods produced by numerous corporations. Now, experts from the French government are putting pressure on the European Union (EU) to define the list of growing chemicals in those foods, and to raise awareness about the serious detriment they pose to people’s health. Looks like GMOs aren’t the only poisons being rejected by France.

Endocrine disrupters are seldom talked about in mainstream media articles on health. Our own government, via the EPA, gives a one page explanation of what they are, but they don’t list the hundreds of known chemicals that:

Nowhere on the EPA’s information page about endocrine disruptors does it talk about the following abbreviated list of some of the most commonly used endocrine-disrupting chemicals:

There are hundreds more, and France likely has a similar list in the foods they consume, or the products they are exposed to. The French government is asking the EU to react urgently since public health is being challenged by the use of these chemicals. There are huge financial costs which plague the healthcare system there, and since no action is being taken to limit or stop these chemicals from existing, the state of health for French people in the foreseeable future doesn’t look good.

A committee has hopes of publishing a comprehensive list of these endocrine disruptors and a strategy for dealing with them, as well as to increase public awareness.

Genon Jensen, executive director at the nongovernmental organization Health and Environment Alliance (HEAL), is also pressuring the Commission to deliver and publish a strategy to eliminate endocrine disruptors from products post-haste. We can only hope the US government will do the same.