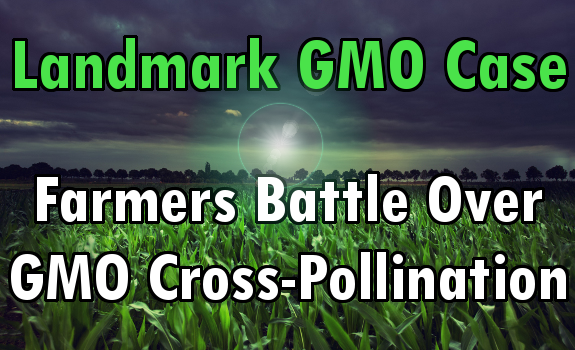 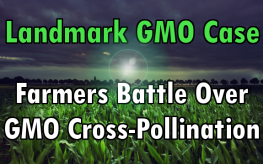 Once childhood friends, two Australian farmers are now battling in court over GMOs. One grows GMO while the other does not, and cross-pollination/contamination is at the center of this heated battle. Steve Marsh is suing his farmer neighbor, Michael Baxter, because Baxter’s genetically modified canola crop cross-pollinated his organic oat and wheat crops, costing the farmer thousands. Baxter purchased his seeds from Monsanto, currently the world’s largest seed company and also the promulgator of biotech science.

Monsanto’s lab-created Roundup Ready canola seed blew from Baxter’s property across a dirt lane and a boundary fence into an organic farm plot, but we all know that you can’t stop the natural elements from doing their job. Nature never intended for there to be GMO crops.

The Western Australia farmers’ tale is one that farmers around the world are drawing our attention to – the story of Monsanto and other Biotech companies suicide seeds ruining perfectly good organic crops due to cross-breeding. After all, you can’t stop wind, bees, and butterflies.

Marsh lost his organic certification and export license and wants the world to know. The argument opens in a civil negligence case this week in the West Australian Supreme Court.

The world is watching because this particular case could set a precedence for future cases involving genetically modified organisms putting organic crops in danger. Though only time will tell if the case makes any impact on the U.S., where the USDA considers GMO contamination completely normal.

Australia aims at developing its agribusiness sector to become a ‘food bowl’ for Asia while a rapidly growing demand for a variety of foods is growing in the country.

“People around the world are going to be looking at this,” said Michael Blakeney, a law professor at the University of Western Australia who does advisory work for the United Nations Food and Agricultural Organization. “It is testing whether a GMO farmer has a duty of care to a neighbour that’s growing organic crops not to contaminate them.”

Sadly, the former friends haven’t spoken since the argument between them erupted over spoiled grains. So why is the organic farmer suing his friend instead of Monsanto? Marsh opted not to sue the biotech giant after getting legal advice, and due to the non-liability contract that Monsanto requires all farmers to sign when they purchase their seed.

While some argue this case could lead to boundary regulations which would reduce the potential cross-pollinization of crops, this does not take into account the fact that entire bee and butterfly colonies are adversely affected by RoundUp and other pesticides that are normally used with Monsanto’s suicide seeds. While it would be great to reduce the amount of land available to agribusiness giants to grow their frankenfoods, it still encroaches on our right to guarantee non-cancer causing crops for generations to come.

Currently, Australia has a unique zero tolerance status for contamination of organic crops, but this could be overturned by the outcome of this trial.

“If the organic people don’t win the case, there will be a lot of pressure brought to bear for a change to the organic standard and that might remove some of the difficulties of co-existence,” said Joe Lederman, managing principal at FoodLegal, a Melbourne law firm specializing in food and agribusiness, which has represented both businesses and farmers in the past.