An experimental new drug may now make it possible for some people with allergies to peanuts to build up a tolerance over time, saving countless lives. Could similar allergy-treatments be in the works for other major food allergens? [1]

The clinical trial, funded by Aimmune Therapeutics, included 551 participants ranging in age from 4 to 55 years who suffered from a peanut allergy. Most of the children involved were between the ages of 4 and 17.

A quarter of the participants were given a placebo, while 3/4 received oral doses of small amounts of peanut protein powder. At first, those in the peanut group received just 1/2 a milligram a day. However, over time, researchers increased that amount until they reached the “maintenance dose” of 300 milligrams, equivalent of 1 peanut per day.

After 9 to 12 months of treatment, 2/3 of the participants in the peanut group were able to tolerate the equivalent of 2 peanuts per day, compared to just 4% of those in the placebo group.

Half of the peanut group became so desensitized that they were able to tolerate eating the equivalent of 4 peanuts per day. [3]

The treatment isn’t a cure for peanut allergies, but building up a tolerance to the legumes could save countless lives. Hopefully, those with allergies could go above and beyond 4 peanuts.

In a statement, Dr. Jay Lieberman, co-author of the study and vice chair of the American College of Allergy, Asthma and Immunology Food Allergy Committee, said: [1]

“This is not a quick fix, and it doesn’t mean that people with peanut allergy will be able to eat peanuts whenever they want. But it is definitely a breakthrough.”

The results of the study were presented at the American College of Allergy, Asthma, and Immunology (ACAAI) Annual Meeting and published in the New England Journal of Medicine.

Food allergies are remarkably-common, affecting as many as 15 million Americans, including 5.9 million children under age 18. What’s more, there has been a dramatic increase in food allergies in the United States in recent years. The prevalence of peanut or tree nut allergy appears to have more than tripled in U.S. children between 1997 and 2009, according to Food Allergy Research and Education (FARE). This alarming rise has prompted urgent research into ways of preventing and treating these allergies. [2]

Food allergies can cause symptoms as mild as itching to severe as anaphylactic shock and even death. According to FARE, about 40% of children with food allergies have had severe reactions to their trigger foods, including anaphylaxis, which causes the throat, lips, and tongue to swell, in addition to difficulty breathing and swallowing. Some people may experience vomiting and hives or skin rash.

The only treatment for anaphylaxis is the drug epinephrine, which typically comes in the form of an EpiPen. If anaphylaxis isn’t treated quickly, it can be deadly.

A Potential Life-Saver, but not a Cure

The new treatment was never intended to cure peanut allergies, but rather to help people build up enough of a tolerance that accidental small exposures aren’t so deathly-serious. Peanut allergy sufferers would be able to enjoy more foods without worrying so much about trace amounts hidden in packaged foods, and parents could rest easier, knowing that cross-contamination from a peanut butter and jelly sandwich is less risky for their child.

Dr. Brian Vickery, lead author of the study and director of the Children’s Healthcare of Atlanta allergy Program and an associate professor of pediatrics at the Emory University School of Medicine, said: [3]

“It’s not a cure. It does not make the allergy go away. The purpose is not to get them to be no longer peanut allergic and allow them to eat whatever they want.” 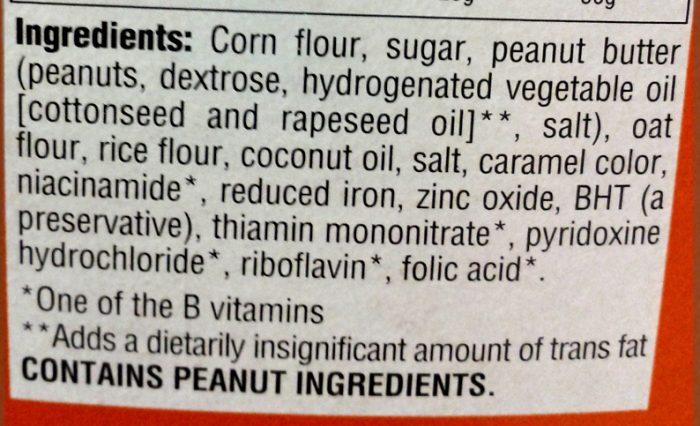 Daniel C. Adelman, Aimmune’s chief medical officer and the study’s senior author, said the company plans to apply for U.S. Food and Drug Administration (FDA) approval by the end of 2018. If approved, the treatment would be available by prescription. Currently, there is no approved treatment for a peanut allergy. [1]

Read: 15 Million Americans Suffer From Allergies: Could GMOs be to Blame?

“I’m telling patients when I see them that my hope is that patients will have access by late next summer, something like that.”

Unfortunately, those who benefit from the treatment will have to continue to take it long-term to maintain their peanut tolerance.

Not everyone in the study benefited from the treatment, however, and those who did benefit from the treatment struggled through the desensitization process. About 12% of participants bailed out of the study due to side effects, compared to about 2% of the placebo group.

“It’s intuitive that that process would trigger some allergic symptoms in many patients.”

But he cautions that it is also not known what, if any, longer-term side effects will arise from the consumption of a known allergen to which the body has produced antibodies, making surveillance and follow-up critical. [1]