Even the Government Recognizes Cancer-Prevention Properties of Garlic 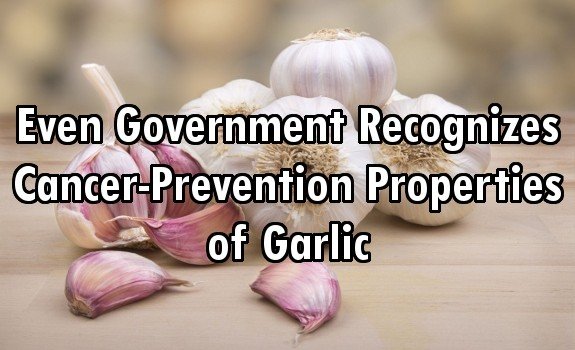 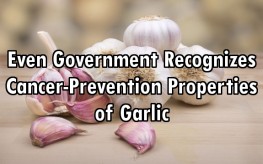 Garlic is one of the most potent food medicines we have. In addition to being an immune-boosting powerhouse, it’s been repeatedly shown to fight cancer. And this isn’t breaking news—it’s been healing for ages.

To say it’s rare for conventional medicine to embrace holistic or natural health practices is a serious understatement. It’s because of the conventional medical industry (including Big Pharma and the millions of doctors, clinics, hospitals, and government officials who support it) that these natural methods are referred to as alternative. So, when aspects of this industry admit that an otherwise “alternative” or holistic approach is effective, it’s definitely worth looking at.

Hippocrates recommended large doses of crushed garlic to his own patients to treat their cancer – one of many health benefits of garlic. The bulb has been held in high regard among indigenous people around the world even before Hippocrates was around to study medicine.

One of the most notable studies on the effects of garlic in cancer was undertaken by Chinese researchers working in conjunction with the National Cancer Institute. Involving 3,000 individuals for more than seven years, the study found cancer risk was reduced by 60% for people consuming the most allium-containing produce.

Allium vegetables include onions, shallots, and most notably, garlic.

The National Cancer Institute, part of the National Institutes of Health, admit garlic can aid in cancer prevention.

“Preliminary studies suggest that garlic consumption may reduce the risk of developing several types of cancer, especially cancers of the gastrointestinal tract. Most of the studies evaluated different types of garlic preparations and used them in varying amounts.”

The Institute says several studies are ongoing, looking at how garlic influences different types of cancer in different people.

“Several population studies show an association between increased intake of garlic and reduced risk of certain cancers, including cancers of the stomach, colon, esophagus, pancreas, and breast. Population studies are multidisciplinary studies of population groups that investigate the cause, incidence, or spread of a disease or examine the effect of health-related interventions, dietary and nutritional intakes, or environmental exposures. An analysis of data from seven population studies showed that the higher the amount of raw and cooked garlic consumed, the lower the risk of stomach and colorectal cancer.”

Alliinase is the active enzyme in garlic, responsible for its potent benefits. Natural News reports you can get the most out of every single clove by crushing it and allowing it to rest for about 15 minutes before eating or adding to a recipe.