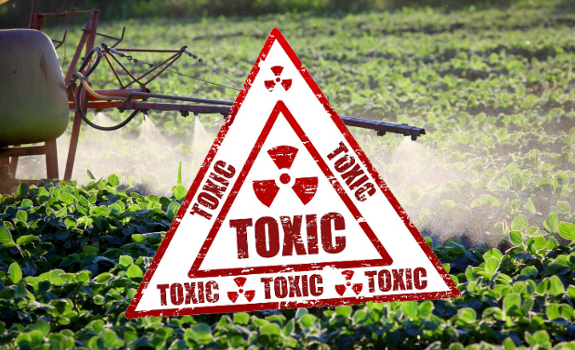 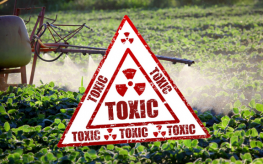 Enzymes are essential to proper gastrointestinal health. Some enzymes are responsible for breaking down larger molecules into smaller ones, such as in the process of digestion, and other enzymes are responsible for building DNA. Without them, important chemical reactions cannot take place in the body, leading to disease, organ failure, and even death. Well a new study from scientists in Denmark points to the damaging effect of Monsanto’s RoundUp chemicals on enzyme activity in mammals.

The killer of weeds, RoundUp causes absolute havoc on the enzymes in the body. The chemical brew meant to boost GMO crop production is exceedingly dangerous to animals in some of their most sensitive life stages.

Glyphosate has been linked to several other health problems, as well, but in this particular study, scientists found that specific enzyme pathways necessary for proper functioning were inhibited. In this case, the enzymes in the gut which allow the body to detoxify itself were adversely affected. While the study looked at the guts of animals dining on GMO, glyphosate-ridden soy, the results can be translated to the human form just as easily.

Researchers from Denmark’s Aarhus University investigated various farmer reports at the request of the Danish farm minister. Martin Tang Sorensen reviewed multiple studies previously conducted that identified the risks that glyphosate posed to livestock health. Evidence suggested that glyphosate impacted livestock the most during sensitive phases of the animal’s life. From these studies, two hypotheses were then tested. The first investigated glyphosate’s detrimental effect on the microorganisms in an animal’s gastrointestinal system. The second studied an animal’s mineral status as a secondary effect of glyphosate exposure.

In both studies, it was found that glyphosate disrupted the life cycle of good bacteria in the gastrointestinal tract, depleting the animals’ immunity and making them more prone to disease. There was an increased incidence, for example, of an infection called Clostridium botulinum in cattle. These infections have increased significantly in Germany, but it is not the only type of infection that the livestock were subject to on a GMO diet. Salmonella and clostridium were also found to be highly resistant to glyphosate.

What’s worse is that good bacteria like Enterococcus, Bacillus, and Lactobacillus were found to be the most susceptible, and destroyed in the presence of glyphosate. Without enough good bacteria, the gut of the livestock becomes a breeding ground for diseases to replicate.

The Denmark study also found that glyphosate inhibits an enzyme called cytochrome P450 in humans which helps the body detoxify harmful chemicals. This means that the very toxic brew that causes chemical overload in the body also causes the body to be congested with more chemicals – whether they are glyphosate or aluminum, lead, arsenic, or any other toxic substance in the body. This is yet another study showing the uncanny level of harm that glyphosate can assert on the mammalian system.

Why it is still allowed in this, on any other country, is crazy.