Will Donald Trump Give Bayer and Monsanto His Blessing to Merge?

Trump was told the merger would create more jobs

Bayer, the agritech giant seeking regulatory approval for its $66 billion deal to buy Monsanto, had a meeting with then President-elect Donald Trump on 11 January 2017 that was described as “productive.” [1] 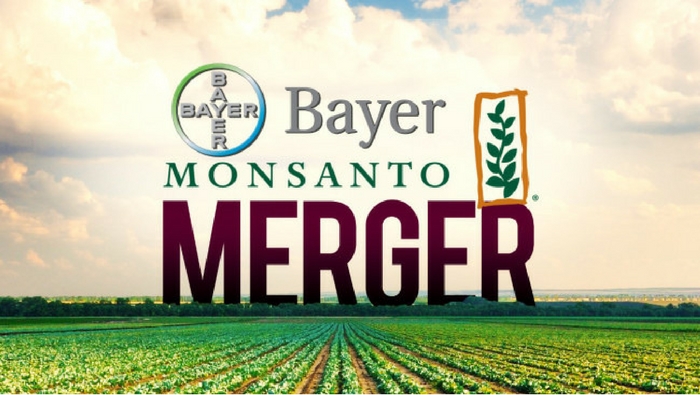 Bayer Chief Executive Werner Baumann, Monsanto CEO Hugh Grant, and some of their advisers in New York, talked shop with Trump, according to Trump’s transition team.

A Bayer spokesman said on January 12:

“It was a productive meeting about the future of agriculture and the need for innovation.” [1]

“Today, Werner Baumann, Bayer CEO, and Hugh Grant, Monsanto CEO, had a productive meeting with President-Elect Trump and his team to share their views on the future of the agriculture industry and its need for innovation.” [2]

There are two major mergers in the works – Bayer and Monsanto, and Dow Chemical and DuPont. Dow and DuPont want to spin off their combined agriculture businesses. The decision on whether the mergers will move forward will be decided by Trump’s nominees to lead antitrust enforcement at the Department of Justice and the Federal Trade Commission. [1]

According to antitrust and industry experts, any hurdles faced by the companies are manageable because Bayer’s focus is on genetically modified seeds. Experts say that the worst-case scenario for Bayer would be that the company is asked to divest soybean, cotton, and canola seed assets, as well LibertyLink-branded crops that are resistant to its glufosinate herbicide (which is considered a vital glyphosate alternative).

The main concern of regulators is that if the companies merge, the conglomerate would have a firm grip on the overall agriculture market, with a combined market share in seeds and pesticides of about 28%. This could slow research and development efforts, critics argue; but Bayer promises much innovation in the form of combined seeds-chemicals products. The company also says that in order to compete against other integrated suppliers (such as Dow-DuPont), there is no choice but to merge.

Trump – who has slammed drug companies as “getting away with murder” – is highly critical of large mergers. While president-elect, he said that he would strike down the $85 billion Time Warner and AT&T merger when he became president. He called the merger:

“an example of the power structure I’m fighting, AT&T is buying Time Warner and thus CNN, a deal we will not approve in my administration because it’s too much concentration of power in the hands of too few.” [3]

Of course, Bayer and Monsanto used the opportunity to try and convince Trump that the merger would bring more jobs to the U.S. [3]

Bayer inked the merger with Monsanto in September 2016. The deal would give Bayer one-fourth of the world market for seeds and pesticides, which may translate to higher seed prices, higher food prices, and less industry competition. Bayer would essentially become a one-stop shop and have the power to sell seeds at exorbitantly high prices, putting the burden on farmers.

This agreement – as well as the Dow/DuPont agreement – sparked federal antitrust investigations that several state attorneys general went on to join.