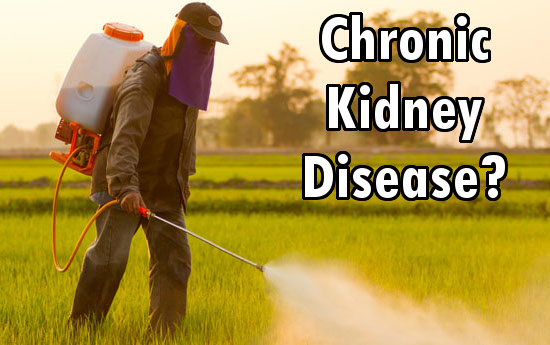 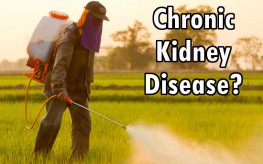 Monsanto’s favorite agro-chemical is causing chronic kidney failure in countries throughout the world. While the biotech giant has tried to keep this information from spreading into public awareness, like their chemicals that leach into the soil and taint our food, the truth cannot be stopped. Dr. Jeff Ritterman explains just how injurious Roundup Ready chemicals and glyphosate truly are.

While a high court in France has accused Monsanto of falsely representing RoundUp in the past, stating Monsanto falsely advertised its herbicide as “biodegradable” and claimed it “left the soil clean,” doctors and scientists are finding far different results. The chemical is causing an epidemic that is becoming hard to ignore. Dr. Jeff Ritterman is the VP on the board of directors for Physicians for Social Responsibility and a retired chief of cardiology, and one individual who is helping to inform people of the dangers linking this herbicide to chronic kidney disease.

Ritterman admits he was shocked that he didn’t know about this epidemic until recently. El Salvador ranks highest in fatal kidney disease currently, but other countries like India, Sri Lanka, and Honduras are suffering from ‘a primarily different type of kidney disease’ well.  According to the doctor, it happens mostly in people who are exposed to heavy metals and high levels of herbicides in hot climates, primarily glyphosate, the main ingredient in Monsanto’s Roundup.

Reportedly, the chemical is a metal binder, which means that those who are already suffering from heavy metal exposure (and then add glyphosate to that) end up having a very specific type of kidney disease that we don’t see in the US.

It primarily attacks the kidney tubule. The glyphosate binds to the heavy metals, and that compound lasts in the body for a very long time – with over a 20-year half-life – thus the first word in the epidemic disease chronic kidney failure. Since glyphosate can be inhaled, drunk, or absorbed through the skin, farmers are especially at risk of being exposed.

Furthermore, the human liver, which is normally responsible for eliminating heavy metals and other toxins from the body, cannot detect glyphosate, so it bypasses this important purification step, and goes straight into the kidney tubules. The heavy metals and glyphosate then attack the kidneys, causing severe disease. 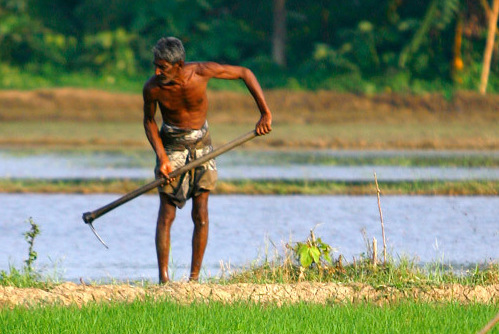 Researchers ‘Unable to Detect Cause’ of Kidney Disease

María Isabel Rodríguez MD, Minister of Health for El Salvador has recently sounded the alarm concerning the high numbers of kidney disease in her country. Researchers there were unable to detect the epidemic’s cause:

“. . .among the patients studied, noting that the most common [form] was chronic kidney disease of unknown cause, associated with neither diabetes nor hypertension.”

In Sri Lanka, researchers studying similar elevated rates of chronic kidney disease also could not deduce its cause. Though the nation did ban Monsanto’s glyphosate-based RoundUp herbicide due to the increase in chronic kidney failure, the nation lifted the ban not too long after instituting the initial ban:

“The current chronic kidney disease epidemic, the major health issue in the rice paddy farming areas in Sri Lanka has been the subject of many scientific and political debates over the last decade. Although there is no agreement among scientists about the etiology of the disease, a majority of them has concluded that this is a toxic nephropathy.”

In Central America and India, it has been the same in terms of being unable to pinpoint causes, but Dr. Ritterman knows the cause. It is clear. Biotech doesn’t want the world to know that second and third world countries are developing long-term, incurable diseases from glyphosate exposure, but experts are revealing the deleterious results of their chemical creations.

You can watch Dr. Ritterman on Truth Out discussing this issue in more detail, here.