“Trendy” Therapy Used By Olympic Athletes May Work For You Too

Michael Phelps and the purple dots on his back and shoulders have gotten a ton of media attention lately, but instead of the time-honored practice of cupping gaining positive publicity, Phelps is being told not to embrace the alternative therapy. But are these writers of various online posts correct, or does cupping actually have evidence to back it up?

There is Scientific Research to Back Cupping

Actually, while science may not give much focus to the alternative therapy known as cupping, there are indeed studies that show cupping to be effective. One of these included 50 people with chronic neck pain, who received either cupping or no treatment for two weeks. Among those who received cupping, there was significant pain relief and improvement of the Short Form Health Survey scores for body pain.

Another study that also involved 50 people with chronic neck pain compared cupping to standard medical treatment. Both resulted in equal, significant improvements in pain, functional disability and quality of life, so the only deciding factor is the all-important personal choice.

Yet another trial, this time involving 40 people with neck pain caused by looking at video screens at work, randomized them into either cupping or use of a heating pad. Cupping was superior to heating pads in relieving pain and discomfort.

In one trial comparing cupping (done at home) to muscle relaxation on 61 people with chronic neck pain, both significantly reduced pain. However, cupping was more effective in boosting well-being and improving pressure pain thresholds. Impressive, considering that it was performed by family members, not Traditional Chinese Medicine practitioners.

Works on Back Pain, Too

Don’t have neck pain, but suffer from back pain instead? An uncontrolled trial of 21 people with lower back pain had cupping therapy in an attempt to treat their condition. On average, they saw significant improvement in pain pressure threshold, as well as pain while doing a straight leg raising test and testing lumbar flexion range of motion.

Symptom relief was more pronounced in the cupping group when one trial tested it against no treatment in patients with knee osteoarthritis. In a second study, cupping showed more benefit than taking acetaminophen at a dose of 650mg, three times a day. These benefits were especially superior in relief of pain, swelling, stiffness and disability.

Analyzing All the Trials 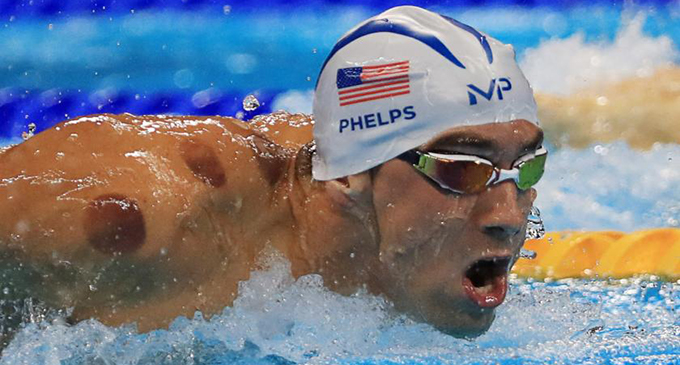 As for meta-analyses of trials, one looked at 7 randomized trials of cupping in the treatment of pain. Six of the seven showed significant (related to the treatment) positive effect, including two for lower back pain and two for brachialgia. Brachialgia is pain in the arm commonly caused by a pinched or compressed nerve. The researchers concluded that cupping was found to be effective compared to conventional treatment.

Yet another review on research into cupping also found that it is an effective treatment. The authors proposed that some of the benefit is caused by improved blood and lymph flow, immune system activation and nerve stimulation.

So all of this research does in fact validate the healthcare choices of some athletes; cupping is not a silly trend to be mocked.