Could Gluten Literally Drive You Insane? Going Back 60 Years…

Despite much progression towards a free, individualistic society, a considerable amount of conformity unfortunately remains. This results in bullying and harassment towards people who simply make different choices or have different needs, even it is simply what is best for their health. In this case, the “different” ones are those who need to stay on a gluten-free diet.

Some just get attacks of diarrhea or constipation if they eat gluten. Others, such as a woman in a case study recounted by Dr. Kelly Brogan, have it much worse – even in the form of “psychosis.” Gluten has been known for years, at least in limited circles, to trigger chronic and disabling psychiatric conditions.

The woman in this case was 37 at the time and studying for a PhD. Partly because of stress related to studying, she began to believe that people were talking about her. Then, it progressed to paranoid accusations that her parents had assisted in a burglary targeting her home. She was initially hospitalized and given the label “psychotic disorder,” and was prescribed risperidone and sertraline.

Ultimately, she was diagnosed with Hashimoto’s and Celiac disease because of her nutrient deficiencies, weight loss, and inability to absorb thyroid medication. Unfortunately, she refused to stick to a gluten-free diet, believing that her doctors were lying to her. She lost her job, became homeless, and attempted suicide before being put back into hospital where she was made to stay on a gluten-free diet. Her delusions resolved in three months, but she later relapsed after accidentally eating gluten.

In other unfortunate events, Dr. Alessio Fasano repeats conventional warnings to not start a gluten-free diet until after intestinal biopsy, in order to avoid a false-negative result. But as Kelly Brogan writes, simply trialing a gluten-free diet could be a path of less harm, as it doesn’t result in further damage and more symptoms.

Read: “Maybe it’s Not the Gluten,” Study Says to the Public

Then there is the question of a negative biopsy result, despite the growing acknowledgement of non-celiac gluten sensitivity and its potential psychiatric manifestations. As Dr. Hadjivassiliou states, gluten intolerance can be totally neurological, with no intestinal damage. One paper states:

“If gluten is the putative harmful agent, then there is no requirement to invoke gut damage and nutritional deficiency to explain the myriad of the symptoms experienced by sufferers of celiac disease and gluten-sensitivity.”

We’ve Known About the Possible Connection for 60 Years 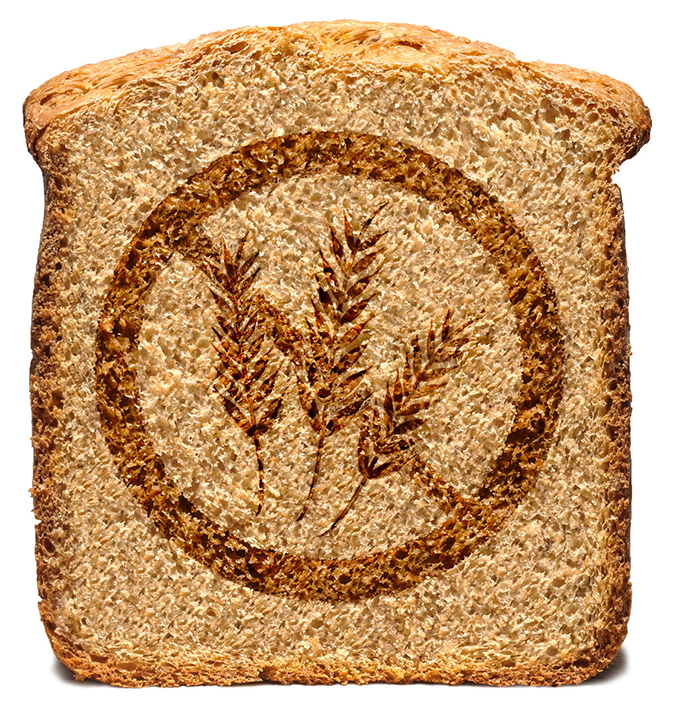 Want to know how long gluten has been suspected as a cause of neurological disorders? About 60 years…and it still hasn’t been recognized in the mainstream! The oldest reports of emotional disturbances being resolved after the removal of gluten date back to 1951.

More recent research has found a drastically higher incidence of anti-gluten antibodies among schizophrenics, and a 2006 review found significant reductions in schizophrenic symptoms after initiating a gluten-free diet in some patients.

In a study published in 1984, only 2 people out of over 65,000 Pacific Islanders eating a traditional, grain-free diet had chronic schizophrenia. Westernization of their diets resulted in a Western-level prevalence of the disease.

In a 1996 study, anti-gluten (gliadin) antibodies were found in 27% of the participants, and in up to 57% of people with neurological problems of unknown cause. There is no excuse for bullying or harassing people who do not eat gluten, whether or not they have the medical records to satisfy the questions asked.