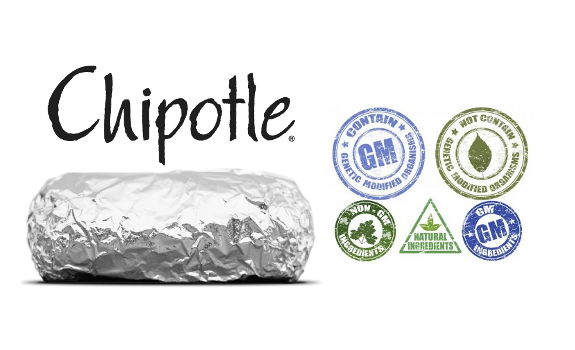 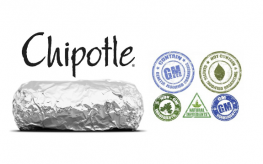 In a display of effective consumer activism, Chipotle Mexican Grill has become the first US restaurant chain to go ahead and label all GMOs sold through their locations on the menu. And unlike Whole Foods and other grocers, who are making similar strides but are actually years away from actual implementation, Chipotle has already launched the labeling initiative into existence.

In case you’ve never heard of Chipotle, it is a ‘natural’ Mexican food restaurant that you could say is essentially a fast food hybrid. The chain actually had a major investment from McDonald’s back in 1998, but the fast food titan ultimately divested from Chipotle in 2006. Subsequently, that’s when Chipotle really started to explode with over 500 locations — now hitting 1,400 chain locations with an income of $278 million. In other words, we’re talking about a major fast food chain that is highlighting the issue of GMOs in a way that’s really important.

Chipotle has always marketed itself as a ‘natural’ restaurant within the fast food dynasty of restaurant chains, but it still is serving up very unnatural GMOs and dangerous ingredients. That said, thanks to aggressive consumer activism, Chipotle has officially announced that it will not only be labeling GMOs on the ingredients list of food products, but phasing out all GMOs on the menu. The chain has already made some steps in removing additives in dairy and other items, but the new announcement signals a major recognition of the growing movement against Monsanto and GMOs at large.

“Our goal is to eliminate GMOs from Chipotle’s ingredients, and we’re working hard to meet this challenge…For example, we recently switched our fryers from soybean oil to sunflower oil. Soybean oil is almost always made from genetically modified soybeans, while there is no commercially available GMO sunflower oil. Where our food contains currently unavoidable GM ingredients, it is only in the form of corn or soy.”

Overall the announcement is one of the many results we are seeing through spreading the word about Monsanto and GMOs, partaking in key activism movements, and deciding to purchase GMO-free organic foods. The latest of which is the Monsanto Video Revolt, which I recently announced as an initiative I am launching along with major natural health websites and organizations like Mike Adams of NaturalNews and Dr Edward Group of Global Healing Center.

9 responses to “Chipotle First US Chain Restaurant to Label GMOs”