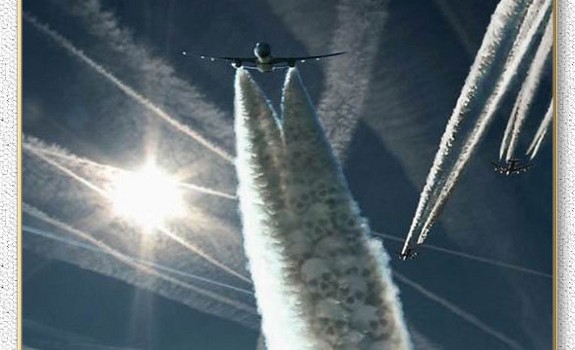 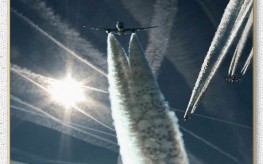 Whether you call it stratospheric aerosol geo-engineering, weather modification, or chemtrails, the poison that is raining down on our soil, air, and water is killing our trees. We must put a stop to this chemical poisoning.

Trees are absolutely vital to human and animal life; they provide shelter, shade, clean air, and also keep soil from eroding. They are also one of the biggest carbon sinks on the planet, along with our oceans. Fruit and nut bearing trees provide food for us, and thousands of trees provide medicinal compounds that can tackle everything from halitosis to cancer.

Native American Indians used to do rain dances so water would fall from the sky and nurture their crops; now, the weather control technology that the US government is currently utilizing is killing almost everything in its path, and is nothing like its Indigenous predecessors’ techniques. While some people continue to deny that chemtrails exist, evidence of them being sprayed is everywhere. In a video of chemtrail criss-crossed skies in New England, you can see almost blanket coverage over what was once a cerulean atmosphere above us.

Children used to ask – ‘why is the sky blue?’ Soon, they will be asking why it is always white like cotton.

Though the atmosphere is being changed in highly CLASSIFIED acts conducted by our government and NATO countries as a  DARPA-sponsored program, the evidence of this insane spraying is everywhere. Chemtrail damaged soil also means that important microbes and bacteria that keep our trees healthy are killed. The foliage of our trees is looking sick and damaged all over the US. Reports are coming in, far and wide, from Halifax, New Jersey to Orlando, Florida.

Allan Buckman, a biologist with the department of fish and game for 38-years, discusses the damage to trees and plants extensively in a video exposing chemtrails. He says that the trees he sees are not suffering from SOD, or sudden death syndrome. It looks like solar burning or freezing, but it is actually chemtrail damage.

All this, while biotech plans to plant more GMO trees – sounds like a grand plot to exploit Mother Nature until there is nothing naturally occurring in the genome of her creatures any longer. Some say chemtrails and EMF are meant to block an evolutionary leap wherein all of mankind will wake up and stop taking the bullying of the 1% any longer. Regardless of the true reasons for weather modification, the technology of chemical aerosol spraying ( chemtrails) is killing the planet.

Educate yourself on this issue and learn how to protect yourself.

22 responses to “Poisonous Chemtrail Rain is Killing our Trees”