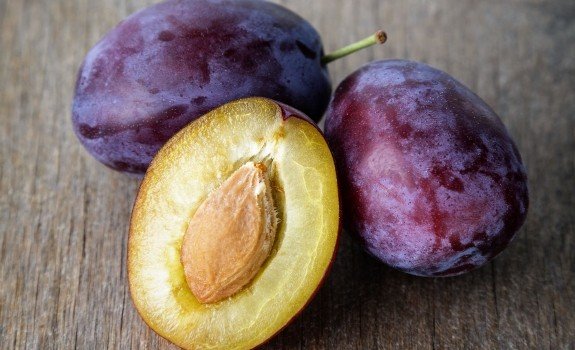 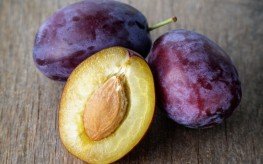 Prunes are hardly the first thing you think of for promoting strong, healthy bones, but some research indicates they can help aging women maintain bone strength at a time in their lives that bones typically weaken. A 2011 study published in the British Journal of Nutrition compared prunes to other fruits and found them to work better at maintaining bone density.

The women who ate prunes had “significantly higher” bone mineral density than the dried apple group. Bone density was measured in the ulna (arm bone) and the spine. The study’s lead author, Bahram H. Arjmandi, says the effect is likely due to the ability of prunes to suppress the rate of bone breakdown, which exceeds bone growth in an aging population.

Arjmandi says he’s compared prunes to other fruits over the years and finds they are exceptional in their bone health effects. In conclusion, and with a nod to the California Dried Plum Board, he recommends eating 10 prunes each day.

It’s very likely that prunes can help maintain bone strength, as the fruit is loaded with polyphenols that can reduce bone loss. Prunes are also rich in boron and copper, important for strong bone formation. But other fruits have similar compositions and benefits.

The study abstract concluded with:

“Dried plum significantly increased BMD (bone mineral density) of ulna and spine in comparison with dried apple. In comparison with corresponding baseline values, only dried plum significantly decreased serum levels of bone turnover markers including bone-specific alkaline phosphatase and tartrate-resistant acid phosphatase-5b. The findings of the present study confirmed the ability of dried plum in improving BMD in postmenopausal women in part due to suppressing the rate of bone turnover.”

Prunes may have an unintended effect as well. Margie King with GreenMedInfo says that eating too many prunes can actually cause calcium to leach from your bones, weakening them. This, she says, is due to the ability of the fruit to shift your blood’s pH balance from alkaline to acidic. Still, she admits, prunes are good for your bones when consumed in moderation.

The study was funded by the California Dried Plum Board, so we need to keep that in mind—they have a vested interest in finding pro-prune results.