Boxers or Briefs: Which is Better for Sperm Count?

It seems to all come down to temperatures "down there"

When it comes to sperm count, which is better – boxers or briefs? Researchers from the Harvard T.H. Chan School of Public Health have the answer.

A study published in the journal Human Reproduction shows that men who wear boxers tend to have a higher sperm count than men who wear briefs, a.k.a., “tighty-whities.” If you’re a guy who is trying to have children, it might be time to review your choice of underpants. [1]

“It will definitely not harm anyone, and it will probably help the men who are likely to benefit from a small boost in their sperm counts.”

If you’re planning on making the switch, Chavarro estimates it would take about 3 months of wearing boxers, after a long period of wearing briefs, to see an increase in sperm levels.

Chavarro and his colleagues based their conclusions on data from 656 men who were part of couples seeking fertility treatment at Massachusetts General Hospital between 2000 and 2017. The men filled the team in on their lifestyle habits, including the type of underwear they wore, and provided semen samples for analysis. (Some also provided blood samples for hormone testing.) From there, the scientists compared the test results with the participants’ survey responses.

The differences in sperm counts were most noticeable compared to men who said they typically donned briefs or jockeys. The scientists believe that’s because snug-fitting underwear increases the temperature of the scrotum, which is known to bring down sperm production.

Men who reported wearing boxers tended to be younger, slimmer, and more likely to soak in a hot tub or Jacuzzi than those who wore other types of underwear. Being younger and slimmer bodes well for sperm counts, since age and excess weight can reduce sperm quality. [2] 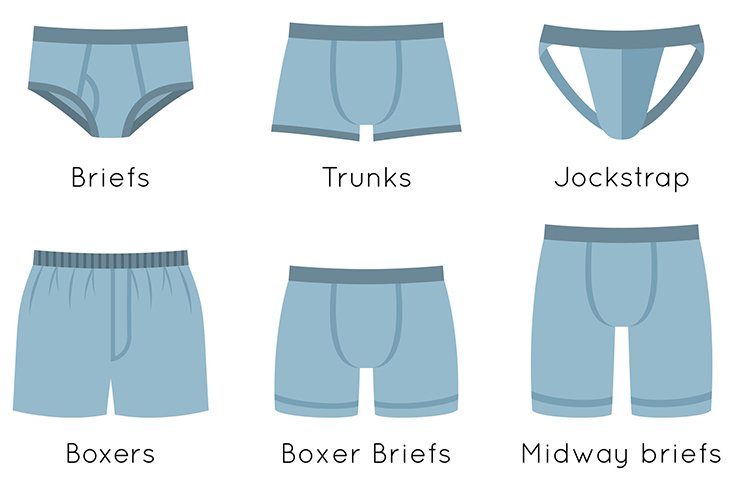 On the other hand, spending time in hot tubs and Jacuzzis can degrade sperm quality because of the high temperatures.

No association was found between the type of underwear a man wore and testosterone production; however, men who wore tighter underwear tended to have higher levels of a hormone related to sperm production. It’s possible that it is the brain’s way of trying to compensate for decreases in sperm count, according to Chavarro. [1]

“If there were not compensation, their sperm production would be even lower. But that compensation is not enough, and therefore they still have lower sperm counts.”

Read: The Causes of Infertility – Why She Can’t Get Pregnant

It’s likely the study sample included a higher-than-average percentage of men with sperm abnormalities, since researchers only looked at men who were part of couples seeking fertility treatment. But Chavarro said the results remained true even after accounting for that fact, so the findings are applicable to all men. Besides, most men don’t know their sperm count, he pointed out.

“Is [a 25% difference] a lot or a little? It depends where you start from. If you happen to be within the normal range … it shouldn’t make a difference. But if you take 25% out of being on the lower end of normal, that may be problematic. Since the majority of men do not know what their starting values are, it probably makes sense to make these types of lifestyle changes when you are trying to conceive.”

The findings may also have been influenced by other factors such as underwear fabric or the type of pants the men wore, but the researchers didn’t look at these aspects in the study. [2]

“Men should, in general, pay more attention to their semen quality, since it has been decreasing over the last decades. Results from this study are very practical, since men could improve their sperm production by easily changing their type of underwear worn to boxers.”