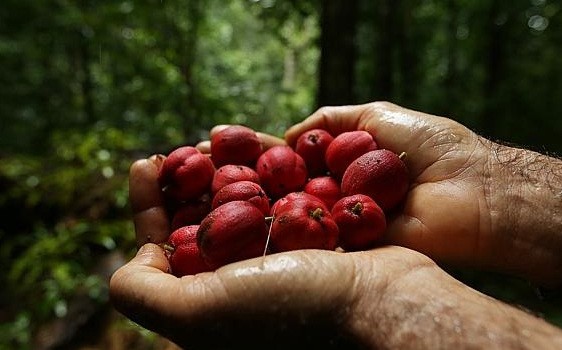 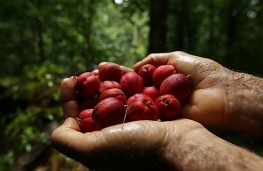 Many of the pharmaceutical industry’s attempts to co-opt mother nature end up failing. When you see how many cancer-killing compounds are either suppressed or that are used to try to make billions on a new ‘drug,’ it gets head-spinning. You can add a new gift from Mother Nature to the cancer-fighting arsenal, but you should learn about it quick before its hushed up and companies like GlaxoSmithKline or Pfizer try to patent it.

The fruit from the Blushwood tree, which has very specific growing requirements and, thus far, has only been found to thrive in Far North Queensland in the middle of the Australian Rainforest, kills cancerous cells in three different ways – fast:

“. . . it kills the tumour cells directly, it cuts off the blood supply and it also activates the body’s own immune system to clean up the mess that’s left behind.”

These results were discovered in an eight-year study led by Dr. Glen Boyle, from the QIMR Berghofer medical research institute in Brisbane. In 75% of cases, the cancer never returns. There were no side effects, and the compounds started working in five minutes, making cancerous melanoma and neck tumors disappear in a matter of days.

These results prove yet another reason to protect the lush jungles that are dwindling due to deforestation, but also to restrict the ability of biotechnology and pharmaceutical companies from patenting anything that occurs in nature.

“There’s a compound in the seed – it’s a very, very complicated process to purify this compound and why it’s there in the first place, we don’t know.”

There were no side effects, but what amazed scientists most was how fast the fruit compounds worked; the drug took effect within five minutes and tumors disappeared within days.

“The surprising thing for us and the thing that we don’t see very often is the speed with which this occurs. Usually when you treat a tumor it takes several weeks for it to resolve, but this is very, very rapid. There’s a purpling of the area, of the tumor itself, and you see that within five minutes and you come back the next day and the tumor’s black and you come back a few days later and the tumor’s fallen off.”

The tree is apparently very picky about where it grows. Currently, it is only seen on the Atherton Tablelands. Scientists are trying to expand that to different places to see if it would grow on a farm.

Dr. Boyle was hopeful for the fruit compound to be used for tumors that can be accessed by direct injection, but said that it would not be effective against metastatic cancers, and therefore could only add to chemo and radiation treatments rather then replace them. While Dr. Boyle’s research into the Blushwood Tree fruit is extremely helpful, it seems he isn’t fully aware of the many other natural ways and foods which fight cancer and could replace chemo and radiation.

As usual, the findings of scientists observing Mother Nature are used to serve biotech companies and pharmaceutical companies. Instead of running expensive drug trials, why are the fruits simply not grown around the world to be available to the masses for real cancer treating? You know why.

In the book Medical Mafia, How to Get Out of It Alive and Take Back Our Health, author Guylaine Lanctot explains the underbelly of the medical system. In short – it’s profit over people.

So, as usual, corporations like Kellogg’s are happy to wipe out millions of hectares of rainforest, eliminating gems like the Blushwood tree in the process, and then Big Pharma companies along with Biotech swoop in to make their bucks off of whatever latest ecological treasure they can research and patent. Without respect for this planet, those treasures will all soon disappear.