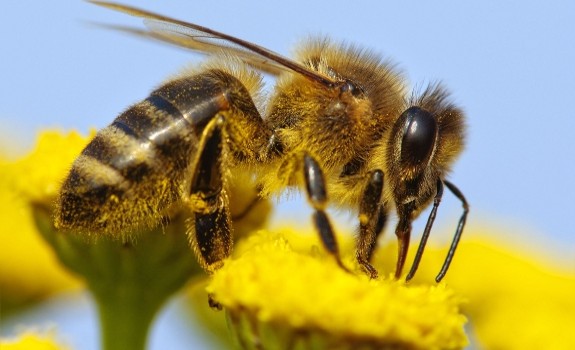 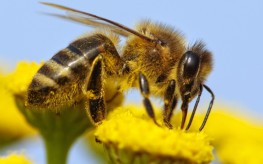 The National Beekeeping organizations and the National Honey Bee Advisory Board have joined forces to protect bee keepers and the food supply in an appeal against the EPA for its approval of a highly toxic pesticide called Sulfoxaflor. This toxin has been classed a fourth generation neonicotinoid which scientists worldwide have linked to colony collapse disorder (CCD), resulting in the massive and widespread death of so many bees. Even NASA has said that this particular pesticide is ‘highly toxic’ to bees and other pollinators. Dow Chemical Company, Inc. makes this chemical and currently sprays it on cotton. It is meant to be used on other crops soon.

The appeal was filed by the American Honey Producers Association, the National Honey Bee Advisory Board, the American Beekeeping Federation, The National Pollinator Defense Fund, and three beekeepers, Bret Adee, Jeff Anderson, and Thomas R. Smith. It is to be put before the U.S. Ninth Circuit for Appeals, and it requests changes to the labeling of Sulfoxaflor.

If this appeal is supported it would help to acknowledge the affect fertilizers, herbicides, pesticides and other chemicals have on the world food supply, and hopefully garner new laws in the US. Earthjustice is the public law organization that supports the beekeepers in their quest. The appeal process is the only way that the current court system could challenge the EPA’s decision to allow Sulfoxaflor to be used on thousands of acres of land annually.

“Our country is facing widespread bee colony collapse, and scientists are pointing to pesticides like Sulfoxaflar as the cause. The effects will be devastating to our nation’s food supply and also to the beekeeping industry, which is struggling because of toxic pesticides. This lawsuit against the EPA is attempt by the beekeepers to save their suffering industry. The EPA has failed them. And the EPA’s failure to adequately consider impacts to pollinators from these new pesticides is wreaking havoc on an important agricultural industry and gives short shrift to the requirements of the law.”

In just the past seven years more than 10,000 million bee hives have been destroyed due to the use of pesticides, as stated in a report on the National Stakeholders Conference on Honey Bee health, USDA and EPA (report released May 2, 2013, page 1). A National Resources Defense Council report states that:

“Bees are one of the myriad of other animals, including birds, bats, beetles and butterflies called pollinators. Pollinators transfer pollen and seeds from one flower to another, fertilizing the plant so it can grow and produce food. Cross-pollination helps at least 30 percent of the world’s crops and 90 percent of our wild plants to thrive. Without bees to spread seeds, many plants – including food crops – would die off.”

To support the beekeepers in their quest to defeat Dow, you can sign a petition here. The more frequently this pesticide is allowed to be used, the more bees will die. This greatly threatens the world food supply.