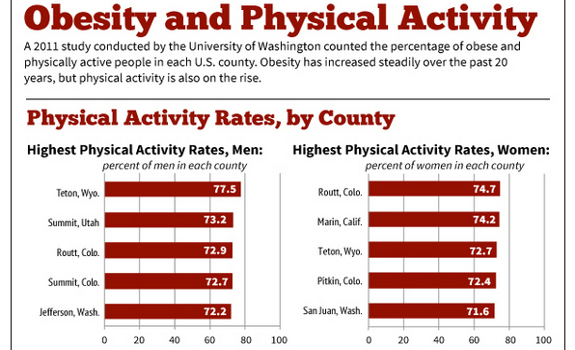 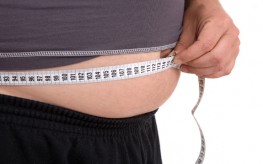 Following a nine-year study from the University of Washington, there’s good news and bad news in regards to America’s fitness levels. The good news is that people in the United States are more active now than in recent years; we’re exercising more. The bad news: we are still getting fatter and fatter. Yes, despite the fact that more of us are getting regular exercise and staying active, many are still eating the garbage pushed by the processed and fast food industries, really counteracting many of the benefits of our increased activity levels.

According to the National Institutes of Health, from 2001 to 2009, the number of U.S. adults getting the recommended 150 minutes of moderate or 75 minutes of vigorous exercise each week increased in most counties. How much it increased varied dramatically from place to place, but overall we’re more active.

Simultaneously, during that same period, the number of adults considered obese also increased. In some counties obesity rates climbed more than 15%.

“While physical activity has improved noticeably in most counties, obesity has also continued to rise in nearly all counties,” said lead researcher Laura Dwyer-Lindgren, from the University of Washington’s Institute for Health Metrics and Evaluation.

We are doing more, but we are not doing enough to counteract the sheer volume that we eat.

Exercise is amazing, but it isn’t the entire answer. If you work out and continue to eat large portion sizes of unhealthy foods, you will not reach a healthy weight. This doesn’t mean you should give up fitness and resign yourself to obesity, however.

We may be getting the exercise thing right, with more people working to reach their daily activity goals, but we have a long way to go in fighting the processed and fast food industries. We also have a long way to go in being accountable for what we put in our mouths. Fresh, whole foods, cooked at home and eaten in moderate portions are the key to dietary health and success against obesity.