Tips on Avoiding Fake Olive Oil and Choosing the Most Pure 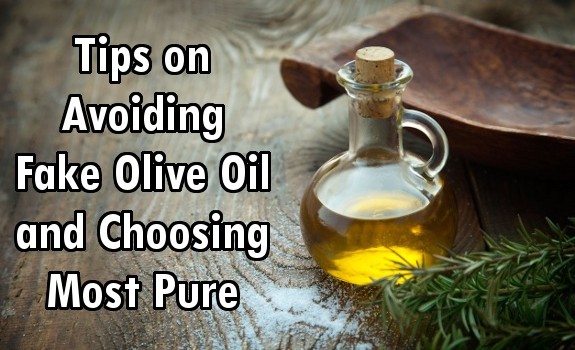 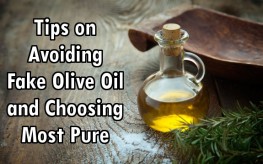 Pure virgin olive oil is a very beneficial oil for cooking with moderate heat and using on raw foods and salads, but there have been several cases of fraud discovered in the olive oil industry over the last two decades. Hardly anyone gets prosecuted, although a lot of doctored oil does get destroyed.

The bottom line is that you need to be privy to the fake olive oil sold by many companies if you want to choose only the best.

There is no third party to determine whether the oil is pure virgin olive oil, whether it is mixed with partially hydrogenated oils, soy, hazelnut, or canola, or whether it is from other places outside Italy, the world’s largest source of olive oil. Companies have been caught red handed doing this with huge volumes of oil, but very little comes of it as the heads of big edible oil producers in Europe are often politically well connected.

The producers’ attitude is that if it smells good and tastes good, then it’s good oil. There is no mention of adulterating the health benefits of olive oil, and that’s what affects health conscious consumers. The hard fact is simply most what is labeled extra virgin olive oil from abroad simply isn’t, and moderately priced California olive oils are now better. So are the expensive ones.

Slipping You the Bad Stuff

Consider how hazelnut, soy, canola, and other oils are transported by ship, then by rail to refineries who process them, then mixed with olive oil that’s been sitting in silos, and then bottled and shipped out to different countries to sit on shelves until purchased.

There has to be some processing and hydrogenating of those oils for it to last all that time. When these are mixed with olive oil, the health benefits of olive oil are nullified with the toxicity of processed, partially hydrogenated oils. You can’t trust those big plastic bottles in discount stores and supermarkets that are labeled extra virgin or virgin olive oil.

The oil from 100% pure cold pressed olives does have a long enough shelf life without hydrogenation (two to three years) because of its innate unaltered antioxidant content. The health benefits of olive oil’s polyphenols, antioxidants, vitamins, and minerals remain intact for the consumer.

With pure premium olive oil, olives are picked by hand to keep the olives intact and to keep out the leaves and twigs. Then it has to be cold pressed within a short time to separate the oil without heat or chemicals. Centrifuges are often used, but purists use traditional stone pressing. Centrifuges require water that rinses many of the water soluble antioxidant polyphenols away. Stone cold pressing is better.

The oil should come in tinted glass bottles or stainless steel cans. Oil will leech chemicals from plastic, and sunlight may turn the oil rancid. Traditional small producers often provide unfiltered oil, which will show up as cloudy or with some sediment, and they use organic olives.