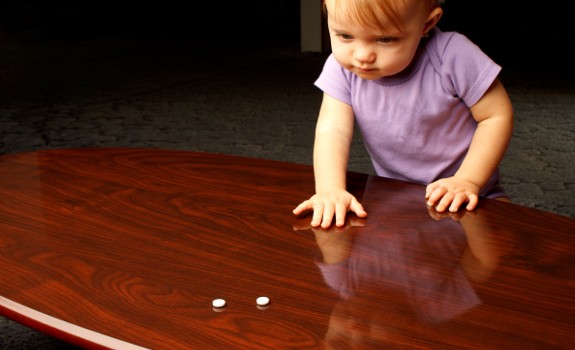 Reported statistics vary, but about 1 in 88 children has been identified with an autism spectrum disorder. The condition can manifest itself as severe mental retardation or mild behavioral issues. But it’s the rate of autism and it’s steady increase over the past several decades that has researchers searching for a cause or even contributing factors. Researchers at Kaiser Permanente Northen Caroline may have found one cause to add to the list – mom’s antidepressant use.

Their study, published in the Archives of General Psychiatry, looked at children who were diagnosed with autism and a random group of undiagnosed children. Then, they compared the mothers’ medical records.

What they found was that a pregnant mother’s anti-depressant use was linked to a higher incidence of autism. This is a correlation.

Mothers who took antidepressants during pregnancy were twice as likely to give birth to a child with autism. The risk was significantly increased when the mother took anti-depressants in the first trimester. Then, the risk was three times higher.

“Our results suggests a possible, albeit small, risk to the unborn child associated with in utero exposure to SSRIs,” said Lisa Croen, lead researcher.

SSRIs or selective serotonin reuptake inhibitors represent the most commonly prescribed mental health drugs on the market. An estimated one-in-ten Americans take these anti-depressants. In other words, if all research pointed an accusing finger at anti-depressants, the pharmaceutical makers would take a major hit.

The researchers are cautious to put a dent in the profits of Big Pharma, telling people to carefully weigh the risks of anti-depressants with the benefits, saying that untreated depression has its own risks. (Maybe they aren’t aware of the evidence that says anti-depressants can actually make people more depressed and lead to suicidal thoughts.) What’s more, anti-depressants have been shown to hasten the thickening of arteries, contributing to heart disease.

What they fail to mention is that depression can often be successfully treated with diet, exercise, and natural solutions. Vitamin D, yoga, and acupuncture are just a few natural alternatives—ones that don’t come with unpleasant side effects like increased autism risk or suicidal tendencies. Choose holistic treatment for depression instead of harmful medication.