After previously enacting numerous dirty tricks to deceive voters into voting against the labeling of genetically modified foods through California’s Prop 37 GMO labeling bill, the No on 37 campaign has now sunk to a new low. While previously being caught fraudulently using the FDA seal along with a fabricated quote attributed to the FDA in order to propel their campaign, Infowars.com reports the the latest scam involves using phony front groups to push their agenda.

Sending out flyers that are labeled as ‘voter guides’ for democrats and police officers, it has come out that these organizations are actually headed by No on 37 campaign members. The best part? None of them are actually qualified, with the head of the ‘COPS voters guide’ group being listed as a ‘political consultant’ — not a police officer. And as for the ‘Coalition for Literacy’? It turns out this is the same front group used by Big Tobacco several months ago to avoid the tobacco tax presented in Proposition 27.

The reason for this deception is the simple fact that the No on 37 campaigners simply could not sell the public on the reality of the bill. In one poll, upwards of 95% of the United States public was in favor of labeling genetically modified organisms present in food. If the public were aware what this bill would really do, it would have no problem getting passed. You will notice all of the No on 37 campaign ads and materials never actually mention GMOs. Instead, they spit the rhetoric that it will ‘cost you big’ and that many ‘prominent’ members of society are opposed to it.

See the flyers below for yourself: 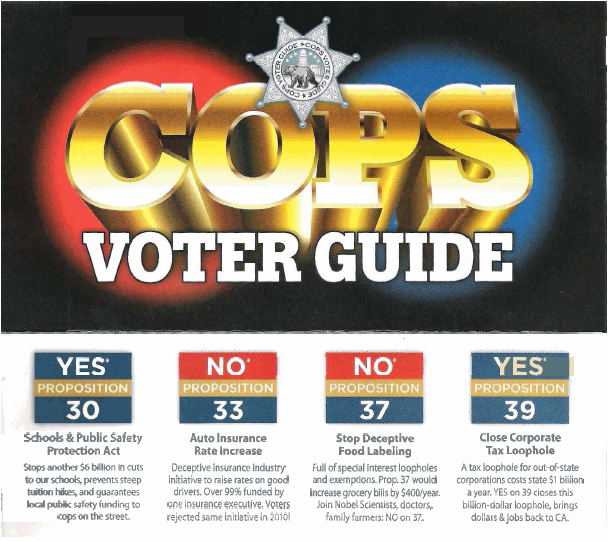 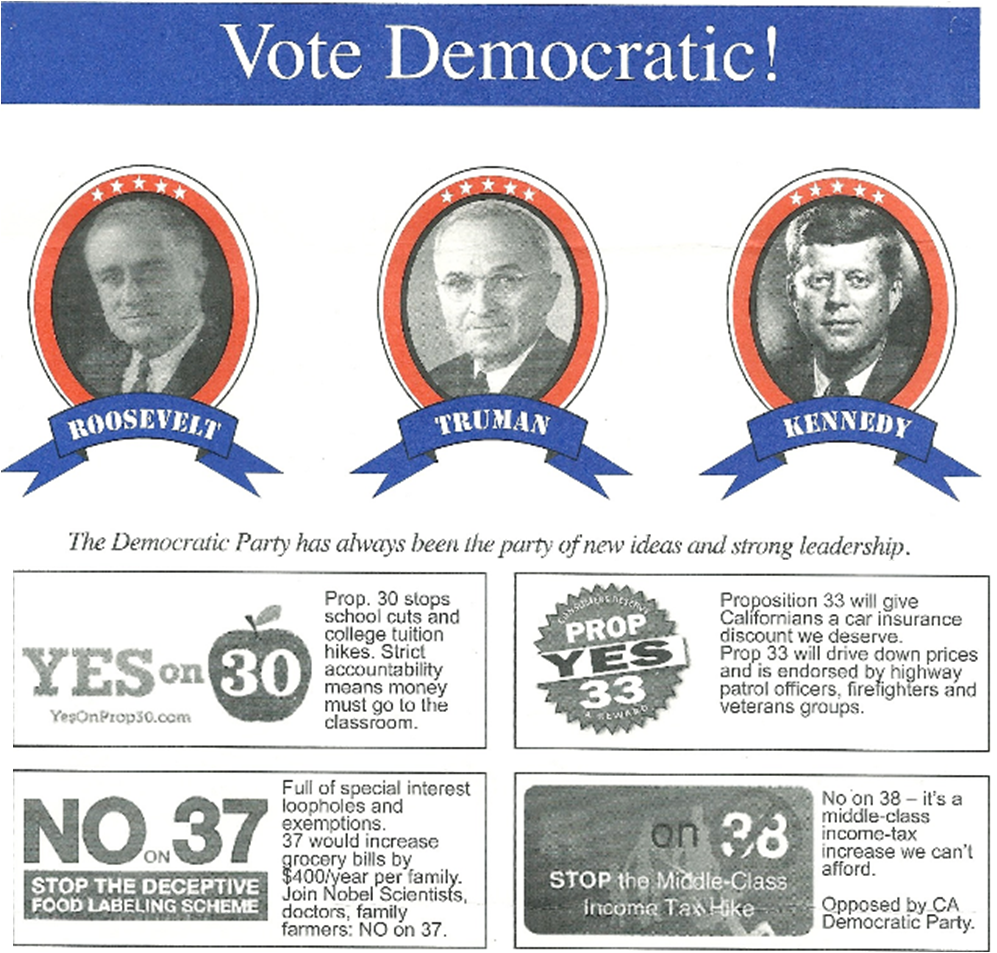 They would never tell you that GMOs have been linked to tumors, organ damage, and much more. That would be telling the truth. The only way these individuals can draw voters is through literal fraudulent behavior and outright deception.