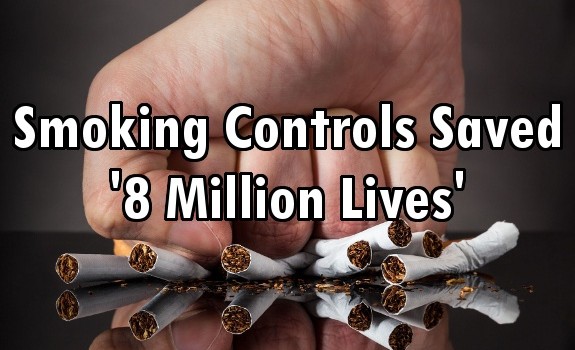 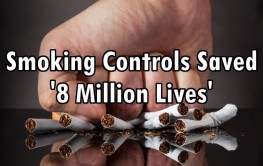 According to a new analysis in the Journal of the American Medical Association, changes over the past 50 years have cut the number of smokers in our nation dramatically, saving 8 million lives and increasing the average lifespans of those lives by nearly 20 years.

It’s been 50 years since the first report by a surgeon general reported the dangers of smoking. That report “Smoking and Health”, laid the groundwork for numerous changes across the nation. Those changes included:

For the JAMA analysis, researchers from Yale University School of Public Health analyzed how many fewer deaths resulted from tobacco control efforts by comparing how many did die of related causes between 1964 and 2012 and how many could have died had the changes not been made.

A total of 17.7 smoking-related deaths occurred. They estimated 157 million total years of life had been gained, averaging an increased lifespan of 19.6 years on average per person and 8 million lives saved.

“Tobacco control has made a unique and substantial contribution to public health over the past half century. This study provides a quantitative perspective to the magnitude of that contribution.”

Still, the authors point out, there is work to be done.

“Today, a half century after the surgeon general’s first pronouncement on the toll that smoking exacts from US society, nearly a fifth of US adults continue to smoke, and smoking continues to claim hundreds of thousands of lives annually.

No other behavior comes close to contributing so heavily to the nation’s mortality burden. Tobacco control has been a great public health success story but requires continued efforts to eliminate tobacco-related morbidity and mortality.”

Smoking simply is not the cool habit it once was. Decades ago, you couldn’t go anywhere without passing through billows of second-hand smoke. And whether you were a smoker yourself or not, you were expected to just deal with it. Times have changed and it’s smoking controls like business bans and municipal restrictions that have helped to save an estimated 8 million lives.