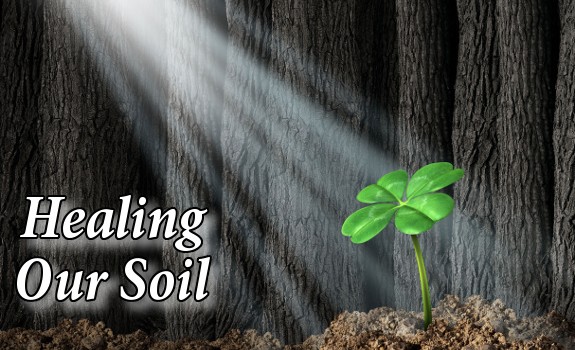 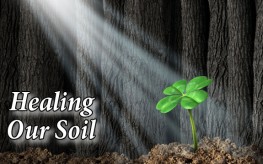 It’s a known, disappointing fact that genetically modified foods and modern farming practices have wrecked our soil. Research coming from multiple studies reveals that Bt toxins ruin the very earth that allows such abundant plant life to grow on this planet. Earthworms and natural microbes as well as beneficial insects that help our plants grow into vital fruit and vegetable-giving sustenance are no longer looked at as viable options for farming or gardening. We have nuked the soil with pesticides and herbicides, which has largely contributed to the massive decline in our foods nutritional value.

Thinking about dirt may not be glamorous, but it is essential to organic and sustainable farming. While the soil is damaged from GMO, it may not be irrevocable – yet. But we need to act soon if we want to save our soil and the food supply.

Research from New York University says that Bt toxins actually accumulate in soil by binding to humic acid in soil particles. Usually the microbes in soil degrade free toxins (those which occur naturally), but with Bt toxins, they endure so that they can retain their capacity to kill insects. This, in turn, causes a major problem in the soil ecosystem. Bt toxins stay active and enter the insect’s gut, where it basically disintegrates their intestines. This is why farm animals are behaving in a similar manner when they are fed a diet of GMO corn or soy.

Good, healthy, organic soil has no Bt toxins, and no herbicides or pesticides. It is a mixture of sand clay and silt, and a host of microscopic life, which arises from dead and decaying things like leaves, other plants, etc. Real soil is part of the cycle of life. It requires cooperation with these cycles of nature in order to be healthy. When we allow this to happen instead of eradicating all the ‘nutrients’ that are really this combination of living as well as dead and dying parts of nature, then we get healthy, prolific plants that produce bumper crops of apples, zucchini, corn, tomatoes, potatoes, spinach, cauliflower, and so much more.

What’s more, is we can add soil amendments to help Mother Nature along instead of making it so difficult for anything to grow. Here are just a few examples of ways we can support good soil instead of using toxic chemicals:

The best soil amendments feed both the soil and the plants, not deplete them, and definitely don’t ruin them for generations to come as GMO crops do. Keeping this earth fertile starts with good, healthy soil.