3 Cigarette/Tobacco Facts You May Not Know About 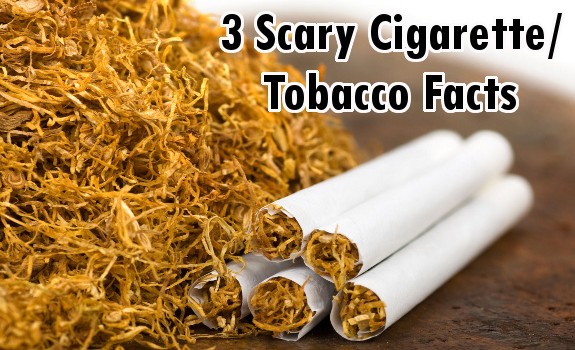 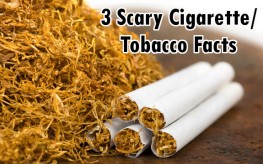 Smoking is bad for your health. No, this is not a newsflash. Most people are well aware that smoking can lead to disastrous health outcomes, if not from the tobacco itself then from the chemicals sprayed on it and rolled with it into cigarettes, cigars, and processed loose tobacco products. But despite the general dangers, there are some little-known facts about smoking that you may not be aware of—facts that could further convince you to put the habit down for good.

Though smokers in the U.S. have declined in the past several decades, the global population as a whole is smoking more. According to the Motley Fool’s report, the consumption of cigarettes around the world grew by more than 1.2 trillion per year between 1980 and 2012.

This growth largely comes from an increasing number of people in developing countries picking up the habit. In these countries, there are few (if any) advertising restrictions and low taxes on tobacco products overall. In other words, anti-cigarette efforts don’t receive the funding they do in other countries.

2. Cigarettes are even more addictive now than more than 15 years ago.

While you would think the attention given to anti-smoking efforts would lead to a lower level of addictive nicotine in cigarettes, the opposite is true. Cigarettes tested in 2005 had on average 11% more nicotine than those tested in 1997. That’s in addition to the arsenic, cyanide, and formaldehyde they contain.

3. Death by cigarettes continues to grow.

According to the World Health Organization, tobacco products kill more than 6 million people each year, and that number is rising. The WHO estimates it will reach 8 million annually by 2030. If they’re right, that means tobacco will have killed 800 million in a century.

Companies that make their billions off of addicted consumers don’t care about the health risks—if they did, they would at least minimize the presence of deadly toxins included in their products. Instead, it’s up to the consumers themselves to look out for one another and help each other kick the habit.